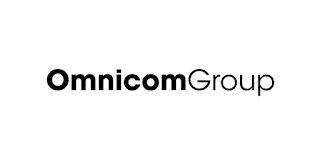 Adweek reported Omnicom President and CEO John Wren sent out a memo that included the White holding company’s EEO-1 data, displaying dismal figures “largely in line with those of the other major advertising holding companies that have released similar data.” In other words, the entire industry equally sucks at diversity and inclusion. Wren also presented an 8-part action plan, regurgitating many of the contrived and clichéd suggestions that have been integrated into D&I discussions for decades. The memo proclaimed the proposal is designed to “attain equal representation, development, support and retention of marginalized groups…” In short, Wren admits there is much work to do. So, let’s check the scoreboard. For starters, IPG—the self-proclaimed recognized leader in diversity and inclusion—recently confessed, “We must do better.” Now Omnicom—the enterprise headed by a Pioneer of Diversity and the industry’s first Chief Diversity Officer for a holding company—just displayed its shamefully low racial and ethnic minority representation numbers. It appears the most pseudo progressive firms are not generating significantly greater results than competitors doing little to nothing. And why the hell aren’t the trade journals asking Cyrus Mehri and Sanford Moore to offer perspectives?

Less than 3% of executives are Black

Omnicom has released the makeup of its workforce in the U.S. as part of a broader plan to achieve “systemic equity” at the holding company.

In a staff memo, Omnicom CEO John Wren shared its U.S. Equal Employment Opportunity Commission (EEOC) data, which is broken into three categories: executive managers, mid-level managers and professionals. According to the report, 2.7% of its executive managers are Black, 7.2% are Asian, and 4.9% are Hispanic.