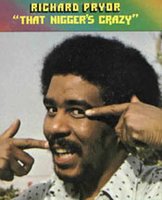 THE N-WORD
Does anyone have the right to say it?

FOR GENERATIONS, THE N-WORD has possessed a terrible power to divide, deride and dehumanize. As steeped as it is in this country’s ugly history of slavery and racial oppression, this slur also is a remarkably malleable contemporary concept.

It can stretch from being a symbol of white bigotry to a tool of black empowerment to a latter-day non sequitur used by young whites looking for a cachet of cool.

Though the n-word has been controversial for some time, its most recent metamorphosis is particularly troubling. It has become such a popularly traded form of cultural currency in mainstream America that a black comedian, Damon Wayans, wants to trademark the word for a clothing line.

And as more black entertainers use the word to bolster their street cred, its attractiveness to outsiders grows, as does the confusion over its use.

This quandary was at the heart of a hate-crime case in which a white man was on trial in New York on charges of beating a black man with a baseball bat. His defense: His use of the word did not necessarily indicate racism, since black people sometimes use it as a term of endearment. He was convicted of a hate crime Friday.

If the word, then, has come full circle, what hasn’t evolved is the visceral disgust many black people feel at hearing others use it. Some of them are looking to break the cycle.

This spring, Brooklyn friends Jill Merritt and Kovan Flowers were listening to a radio discussion in which young people from all races were saying it’s OK to use the n-word, arguing that rappers use it all the time and it doesn’t mean anything.

In response, Merritt and Flowers launched the Web site www.abolishthenword.com to spread information about the word’s hateful history and to encourage blacks to stop using it. Through word of mouth and e-mail chains, news of the site has circled the globe and revived a centuries-old debate.

The founders have appeared on news programs on CNN and elsewhere, and black message boards and blogs have been abuzz with debate about the site.

Merritt, 38, a costumer, and Flowers, 36, a stage manager, are targeting young people, hoping to educate them about the word and offer them other vocabulary options. They believe the first step in deleting the word from pop culture is to remove it from the lips of blacks.

“I feel like there is a lack of self-respect when someone uses any word that is derogatory when referring to themselves,” Merritt said. “It is such a crazy word that causes so much pain and controversy. It should just be abolished for that.”

The n-word may be crazy, but it also is resilient, having survived numerous attempts by civil rights groups to eradicate it in the three decades since black entertainers such as Richard Pryor ushered it into the mainstream.

Pryor offered America a new n-word punch line, one in which white people often were the butt of the joke. He was brilliant, and he tackled racism head-on and with a piercing humor that disarmed blacks and whites.

But now, as black entertainers try to cash in on the word, selling appropriation rights to the mainstream, everyday black people are growing more conflicted about the word’s use.

Some black people are deeply disturbed by the use of the n-word and by its growing popularity in mainstream culture. Others think the word no longer carries as much historical weight and therefore is acceptable to use in certain situations. Few blacks, however, think it is ever acceptable for white people to use.

The divide is largely generational, with older blacks typically being most opposed to popular use of the n-word. Many carry with them vivid, ugly memories of when the word was used against them and fail to see anything positive in it.

As an English teacher at Sojourner Truth Continuation High School in Los Angeles, Olivia Hilburn hears students using the word often and is working to get them to make different word choices, she said. The school held “Abolish the N-word” day on Friday.

“It disturbs me that we are using that word as a term of endearment. There is nothing endearing about it,” she said. “Sista and brotha, those are terms of endearment.”

Later in his career, after a life-changing trip to Africa, Pryor denounced use of the word, but it was too late. Once you let the n-word out, it can’t be controlled. It can grow into an unwieldy, destructive force that becomes larger than the person who utters it. That’s why I have deliberately avoided using the word in this article. I didn’t want the distraction.

Many scholars trace the etymology of the n-word to the Latin word niger, meaning black. The Latin niger morphed into Negro in English, and the n-word likely sprang from the mispronunciation of Negro by white Southerners. Later, the “n-word” euphemism was popularized by the media during coverage of the racially charged O.J. Simpson murder trial.

The n-word’s place in American discourse was sealed by the early 1800s.

John Rickford, a linguistics professor at Stanford University, said the more recent trend of black people’s using the word is the result of what is called semantic inversion, the positive twisting of negative words by their victims as a form of empowerment. It’s what gays did with queer and what women have done with the b-word.

The subversion of the n-word was followed by semantic bleaching, the process in which non-blacks adopted the positive characteristics of the word while discarding the racial meaning, rendering it generic.

But, Rickford said, many blacks think they alone have proprietary license over the n-word.

Rickford said blacks have been complaining about white use of black language since Claude Brown, author of “Manchild in the Promised Land,” wrote about the topic in “The Language of Soul,” an Esquire article published in 1968. But blacks have been historically powerless to fight it, he said.

“A lot of language is natural and subconscious, and it doesn’t respond well to dictates from above,” he said. “You can try to teach and preach and shape, but ultimately, you can’t stop it from going where it will.”

David Pilgrim, curator of the Jim Crow Museum of Racist Memorabilia in Big Rapids, Mich., agrees that you can’t stop the n-word. He doesn’t buy into the notion of blacks’ reclaiming the word as a method of empowerment.

“Black people did not create the word and the venom behind it. I think [the n-word] is [white people’s] word,” Pilgrim said.

But Todd Boyd, a professor of critical studies at the University of Southern California, said that black people are taking the n-word too seriously and giving the debate too much fuel.

For him, Boyd said, the n-word is just a word, and he has never been offended by it. He said he frequently uses it in conversation and writing because it distills the reality of the black urban experience.

“I love the word myself,” he said. “It is a commentary on what black people have endured … a history this country has not fully addressed. It reflects that when it is not cleaned up by the PC police. More often than not, I consider myself [an n-word]. I’m [an n-word] with a PhD, but I am [an n-word] nonetheless.”
Posted by HighJive at 6:52 PM