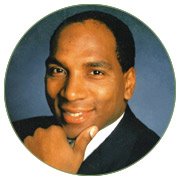 The latest from AdAge.com…

NEW YORK (AdAge.com) -- Saying the advertising industry is “licensed to practice racism,” the president-CEO of Black Enterprise magazine yesterday called for consumer and political activism aimed at increasing the number of marketing dollars spent with black-owned media on products popular with black consumers.

Earl “Butch” Graves Jr., President-CEO of ‘Black Enterprise’ magazine charged that black media are not getting a fair share of media spending aimed at black consumers

Earl “Butch” Graves Jr. said agencies that specialize in targeting blacks often are not responsible for media buying and planning for products bought by blacks. One source, he said, is “basic racism. This is one of the most racist industries in this country. Period. I’m angry about it. Agencies are licensed to practice racism, not just in hiring but also in investing in these media.”

Rising debate over hiring
Mr. Graves made the comments at an event sponsored by the magazine to promote its annual “40 Best Companies for Diversity” special report. The magazine’s forum comes a time of rising debate about the role of blacks and other minorities in advertising and why they are not represented in large numbers in senior roles in the industry.

“We’ve got to get to these stakeholders," said Allen Pugh, exec VP-director of client services at GlobalHue, a multicultural agency headquartered in Detroit. “They’ve gotten a free lunch. They’re not spending [with us] when we over-index in their media.”

And Monica Emerson, executive director, corporate diversity office, DaimlerChrysler, said: “If you don’t get the response you want, change how you spend.”

Ad execs subpoenaed
New York's Commission on Human Rights last week subpoenaed 16 top executives from the city’s advertising firms to testify in September in public hearings on agency hiring practices, with specific emphasis on the absence of blacks in senior positions. The City Council’s Committee on Civil Rights, led by Councilman Larry Seabrook, has said it also intends to hold hearings on the issue in the coming months. In May, Sen. John Kerry, D-Mass., requested the Government Accountability Office investigate the federal government’s compliance with a 2000 law that seeks to increase minority advertising-contracting opportunities.

More than 100 corporate human-resources and diversity executives at major U.S. corporations attended yesterday’s event, as well as advertising executives from Black Enterprise and other marketing organizations.

Mr. Graves cited figures from advertising agency Global Hue as an example of the disparity in marketing budgets and media buys: More than 20% of consumers who have bought a Chrysler 300C are black, yet far less than 20% of the vehicle’s ad budget is being spent to target blacks directly.

Marketers believe ads placed in and on general-market media reach blacks, but Mr. Graves and others contend that’s not the case. Said GlobalHue’s Mr. Pugh: “We’ve proven the net worth of [the black] segment. They know our buying power. Clients don’t want to pay for it.”

Fundamental difference
A veteran of both general-market and multicultural agencies, Mr. Pugh argues there's a fundamental difference in the way general-market agencies view blacks and other ethnic markets and the way multicultural agencies view them. "A general-market agency will have one or two African-Americans or Latinos on staff to represent that point of view, but essentially they believe African-Americans and Latinos are white people in black skin. They put black and Latino faces in an ad and say, 'Hey, we advertise to them.' At an ethnic agency, we live in the communities; we know the populations."

Eugene Morris, head of E. Morris Communications, a Chicago agency that specializes in targeting blacks, said: “Marketers assume that their [general-market] message reaches African-Americans. But reaching them is not selling them. African-American agencies develop culturally relevant messages. We’re also in the community, so can offer a total marketing solution, including promotions, for instance. African-Americans’ media-consumption habits are different from that of the general market. I can tell you that, for years, ‘Seinfeld’ was the No. 1 TV show. I’ve never seen it.”

Tyson Foods VP-Diversity Shown Coker said the panel today “moved me to action. We have an active executive-diversity council, and this has made me want to bring the issue to the attention of its members. I plan to bring this to the forefront.” Tyson’s agencies include Havas' Arnold Worldwide, Boston; MGP; E. Morris Communications; and Lopez Negrete.