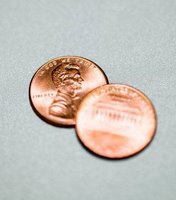 • A Sacramento atheist lost his legal bid to have “In God We Trust” removed from all currency (see Essay 239). “There is no proper allegation that the government compelled plaintiff to affirm a repugnant belief in monotheism,” the judge declared. At which point the moron plaintiff probably muttered, “Goddamn!”

• A Long Island high school sparked controversy when two students placed Adolf Hitler quotes under their yearbook photos. Outraged parents prompted the school to offer revised copies of the annual. “There are no swastikas in his room,” said the parent of one of the boys. “He’s just a kid and he didn’t think about the source of the quote.” It’s always great when your Dad has to explain to the world that you’re a moron.

• Violent crime is up across the country, recording the largest surge since 1991. Officials claim the numbers reflect a resurgence of gang activity. Spanky and his crew deny any wrongdoing.