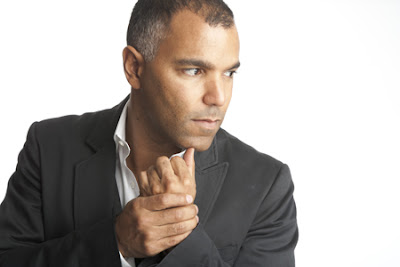 Since joining Grey New York in 2007 as director of marketing, Michael Houston has been on a fast track, landing his latest promotion—to North American CEO. The 41-year-old has been a key player in a new-business winning streak which culminated in the recent addition of the much sought-after Gillette global creative assignment. He also has played an important role in the reinvention of the agency’s New York headquarters, which had just under 400 people when he joined and has grown to more than 1,000 staffers. Just back from a European break where he visited London, Paris and Berlin, Houston reflected on his new job, the loss of E-Trade and playing air guitar in a spoof of a Hall & Oates video.

What are you priorities in the new role?

First and foremost, business growth. There’s a lot of growth that can come across the country. So, expanding geographies comes hand in hand with that as does expanding our offerings. Everything is coming full circle again with clients and integration, whether it’s shopper or activation or more digital capabilities.

What advice did Grey Group CEO Jim Heekin give you in taking on the new job?

Don’t try to do it all in one day. Make sure that with growth, we do it in a calculated fashion and we don’t jeopardize the creative product we’ve built here in New York.

How did New York’s management team engineer change within such an established culture?

My creative partner, [N.Y. president, CCO] Tor [Myhren], started at Grey the same week as I did and we wanted to make sure we didn’t throw the baby out with the bath water. There were a lot of things Grey was known for—things like client service—and we wanted to make sure we built upon that. But we knew we needed to infuse everything with a greater sense of creativity—not only in the work we provide for our clients but creativity in the way we do business across the board. We also needed a rallying cry: With ‘Famously Effective Since 1917’ we still wanted to be effective but we also brought in fame and pop culture because successful work needs both of those things. … We also wanted to create a much more open and collaborative culture, which was apparent in our new building but also in the way we work. We changed titles, flattened the organization and tried to instill the notion of empowerment with accountability.

How did you revamp your approach to business development?

We put together an internal presentation about how an agency makes money and created a new-business culture, making sure everyone understood the need and felt the excitement. It’s fun not to be tethered to client directives and take things out on the road and see how fast it can go and what direction it takes. That’s what we use new business for, an opportunity to show the industry and ourselves what we are made of. Once we started to have success it became infectious.

How difficult is it to split with E-Trade, one of the first clients to showcase New York’s creative abilities?

It’s extremely hard. It was our first big win as a new team and as an agency redefining itself. That brand allowed us to do some fun, interesting, unexpected work and it will always be a part of our transformation story.

How did you become a blond, air-guitar playing rock star in a Hall & Oates parody video?

We did it for an all-agency meeting just to get a laugh. This goes back to the new Grey culture in being able to laugh at ourselves from a management perspective. We played it internally and next thing you know it’s on Agency Spy and Tor’s getting an email from Darryl Hall who was wasn’t too pleased about potential copyright infringement. We were just making a commentary on how naval gazing, self-obsessed and ego driven our industry is. We put the video together very late at night after we had finished a lot of pitch work, where we were in a conference room fighting. Then we went into a studio, dressed up, had some beers and a great time.

Part of your job is to button things down but Tor prefers to be unbuttoned. How do you manage this?

We both want the same thing for the agency and are respectful of the roles we play. Tor is one of the more pragmatic creative people I’ve ever met and we also both share a real passion for new business. We meet every Tuesday morning for breakfast and while we don’t always agree about everything going on, 95 percent of the time we do. I don’t think I could pick a better creative partner.

What did you learn at your agency before Grey, Kirshenbaum Bond + Partners?

I learned from Richard [Kirshenbaum] and Jon [Bond] that it ain’t over till it’s over and you have to keep going at it, be tenacious and persistent to get the things that you want. I learned a conviction in one’s point of view about creativity is paramount. Another thing: Everything you do and say ultimately contributes to the brand. They knew that for themselves and their agency but applying it to clients’ business particularly in today’s world with social media is an important lesson.