The Pitch is gearing up for its second season with a lineup of advertising agencies that reads like a Who’s Who of Who Dat? The only arguably recognizable shop is commonground, winner of Advertising Age’s 2012 Small Agency of the Year Gold Award. Other competitors actually include agencies from Nashville. Really? Why bother? If The Pitch stumbles into a third season, look for the contestants to be in-house marketing departments of local car dealerships. It would be preferable to organize face-offs between students from portfolio schools.

This all supports MultiCultClassics’ opinion on the series. That is, the reality TV show is anything but real—and it makes for really bad entertainment. 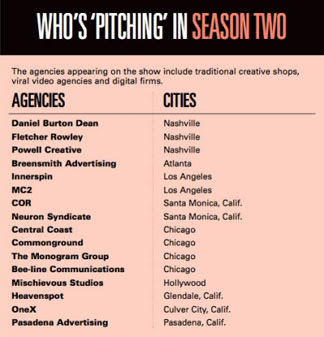