While the reasons behind the move are slightly different than those given by Publicis Groupe when it executed a one-year awards ban, the net sentiment is basically the same. Indeed, it’s a sentiment shared by WPP as it strong-armed the downsizing of the Cannes Lions International Festival of Creativity. In short, award shows aren’t worth the price of submission. Especially when holding companies are squeezing agencies, demanding greater fiscal responsibility and accountability—which is how the bean counters describe the imperative to be cheaper.

Although CP+B denies the action is tied to MDC Partners’ financial woes, Chief Creative Engineer Alex Bogusky has stressed the need for leanness and agility. Plus, he shuttered a redundant office and dumped ping-pong tables. No word if there are plans to melt down the trophies and baubles collected over the years and sell the remains to a scrap metal yard.

Besides, as the Publicis Groupe maneuver showed, banning entries doesn’t necessarily eliminate victories. At this point, the clients have grown addicted to awards too, and they’re willing to foot the bill—especially in scenarios that involve traveling to plush resorts and partying in fancy clubs.

The other reality to consider is that CP+B is no longer an award-winning shop. So giving up awards is not exactly a hardship or amazing feat. It’s interesting that Zimmerman Advertising was quick to declare that they have rejected award shows forever. Of course, Zimmerman has never produced award-caliber campaigns. Founder Jordan Zimmerman seems content to display his ripped abs and multi-million-dollar yacht.

But it all demonstrates how holding companies have orchestrated a commoditization of creativity. That is, just as Goodby Silverstein + Partners is equal to Fathom Communications, there’s not much contrast between places like CP+B and Zimmerman Advertising. In fact, Zimmerman has better abs than Bogusky. No contest.

Additionally, CP+B criticized “employing focus groups of middle-aged creative directors” to define what’s good and bad. Nice to know the agency hasn’t lost its cultural cluelessness in this time when ageism has emerged as a sore subject. And kudos to Bogusky for fabricating a PR stunt that allows him to avoid discussing sexual harassment while his agency is embroiled in a scandalous lawsuit.

If the entire industry completely eradicated awards, we might actually realize benefits. For starters, White women could stop protesting over being excluded from juries. Employment decisions wouldn’t be tied to a candidate’s trophy case, ultimately improving hiring practices. And egos would diminish, perhaps making Chief Creative Officers less offensive. Zimmerman, however, would still be an obnoxious narcissist. 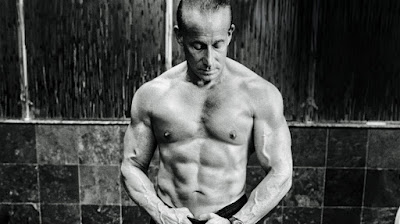