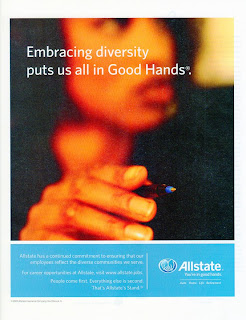 (AP) — Allstate Insurance Co. will pay $4.5 million to about 90 employees to settle an age discrimination lawsuit stemming from the company’s 1999 move to switch thousands of its agents from employees to independent contractors.

The settlement was announced Friday by the Equal Employment Opportunity Commission office in St. Louis. Allstate said it believes it acted appropriately but settled to avoid a lengthy legal battle.

The EEOC said Northbrook, Ill.-based Allstate’s 1999 reorganization hurt older workers looking to be rehired in another role by the company.

“They basically terminated the employment of 6,400 sales agents who had been employees, but everyone could have remained as independent contractors,” said EEOC lawyer Felix Miller.

Many sales agents who were no longer employees sought other jobs with the company, such as positions in customer service or claims representatives, Miller said.

But Allstate adopted a policy not to rehire sales agents for one year after their employment ended, or longer if they were still receiving severance benefits. The company had stopped hiring new employee sales agents in 1990 as it moved toward using outside contractors, so the group of workers affected by the changes in 1999 and 2000 tended to be older, Miller said.

The EEOC said it brought the case because 90 percent of the agents subjected to the hiring moratorium were 40 or older. It was filed in Oct. 2004 under the Age Discrimination in Employment Act.

Allstate spokesman Mike Siemienas said Friday, “While confident that Allstate acted appropriately, we agreed to settle the long-standing dispute to avoid the burden and considerable continued expense of litigation for everyone involved.”

He said related points of law remain disputed, and the company believes it would have legally prevailed if the matter had continued in the courts.

The settlement must be approved by U.S. District Judge Richard Webber.

The awards to about 90 individual former agents are expected to range from about $9,000 to $114,000, based on actual losses each person suffered and the likelihood of success each case would have had for a legal judgment in its favor, Miller said. Funds go to former employees who sought employment, or would have sought it, in the absence of Allstate’s policy.

The settlement provides for discrimination training and other efforts to educate Allstate managers to prevent any violations of the Age Discrimination in Employment Act, according to the EEOC.

The Allstate Corp., the parent company of Allstate Insurance, is one of the nation’s largest insurance providers. It has 37,000 employees and 14,800 agents and financial specialists according to its Web site.
Posted by HighJive at 7:53 PM