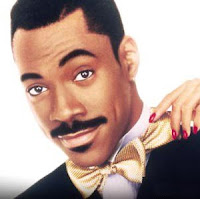 You know what might help the diversity effort in the ad industry? A TV show or online video series.

OK, stop laughing. And put away your angry e-mails until I explain.

This idea is far from original. A few years ago, on one of our Ad Age blogs, someone brought up the idea, saying that what could help is a TV show that put advertising in a positive light for young minority applicants. As you might expect, this led other commenters to point, laugh and accuse the person who brought it up as being the internet equivalent of the guy who says, “Some of my best friends are black.”

But just last week, while at a VCU Brandcenter diversity summit, an African-American creative brought up the idea. Even better (or worse, depending on your point of view), he mentioned none other than whiter-than-white Darren Stephens from “Bewitched” as something he remembered from his own childhood.

I know that there are many schools of thought on why minorities—African-Americans in particular—are so woefully underrepresented in this industry: institutionalized racism, lack of mentoring, lack of outreach, lack of entry-level candidates, lack of opportunity for advancement into the management ranks. I could go on.

On my bad days, I shrug my shoulders and assume that the only thing that will change this industry is a class-action lawsuit or clients using the blunt instrument of procurement and some pretty strict guidelines. (Before I continue, here’s a starting place for the folks who can’t seem to find the African-American talent currently in the system: blackcreatives.com.)

But let’s assume that one of the many sides of this multifaceted problem is the so-called pipeline issue. The theory—or excuse—is that there are vast swaths of the minority community who have never even heard of advertising. If they haven’t heard of it, they can’t consider it as a career choice. And if they aren’t applying for the jobs in the first place, well then?

The pipeline argument is not as far-fetched as it sounds. I grew up in middle-class white America out in the hinterlands and never considered “advertising” as a job. It’s not one of the things a high-school kid sees when he’s filling out the career-path-projections on the ACT, SAT and all those other tools of the guidance counselor.

As someone else pointed out to me recently, young kids of all races stumble all over themselves to get entry-level jobs in music, TV, film and, unbelievably (to me), journalism—and often do so for no pay whatsoever.

Why? Because those industries are sexy. They’re cool. And they’re very, very visible.

And advertising? What little reputation it has is bad.

And then we come to “Mad Men.” The PR side of the advertising world likely hates this show. Many of the guys who worked at the time definitely hate this show.

But even that bleak portrait of the ad world is downright sexy. And it’s not just because the cast is hot. It’s because it shows—warts and all—this weird, creative sector of society that we don’t usually see. That’s powerful stuff.

Of course, because of the historical period it’s portraying, it’s likely only powerful stuff for white kids.

But the fact is, if one show can whip up so much excitement, why couldn’t another show do the same elsewhere? Scripted drama, comedy, a reality series tracking those already in the industry—it doesn’t matter. Showing professional ad creatives of color writing, illustrating, editing, mixing, cutting, fighting, laughing, working—and getting paid—in a free-wheeling environment, who knows how many lives that could touch?

OK, now you can write your e-mails calling me simple-minded and naïve. But the diversity problem is still with us. And the way I see it, every idea—even if it’s a little Pollyannaish—helps.
Posted by HighJive at 6:57 PM