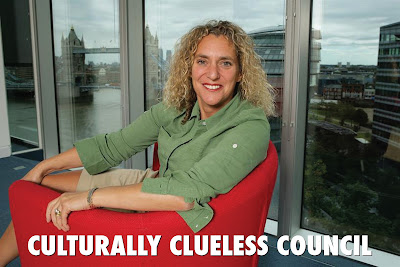 J. Walter Thompson Co. CEO Tamara Ingram has created and will lead a global executive diversity and inclusion council for the agency, a move that comes after her predecessor, Gustavo Martinez, was sued for allegedly making multiple “racist and sexist slurs.”

In addition, Ad Age has learned that JWT is partnering with consulting firm inQUEST to provide an independent review of the agency’s policies, procedures and practices. InQUEST, which helps companies create diverse and inclusive cultures, has worked with the likes of Novartis, Bosch and Make-A-Wish, according to its website.

Another part of Ms. Ingram’s plan includes the development of an internal network with a “talk-to-me hotline” for employees to call if they are upset or concerned about certain issues.

Ms. Ingram introduced the council to employees in a video sent to its worldwide staff today. In the video she says, “We fundamentally believe that diversity and inclusion is essential if we are going to deliver the extraordinary work that we need to do, to transform and grow our clients business. We need to represent all people to get those engaging insights that can deliver the engaging ideas that can make such a huge a difference for our clients.”

The agency has also hired Celia Berk, most recently Y&R chief talent officer, as the agency’s chief experience officer, a newly created role. Ms. Berk will play a critical role in the executive diversity and inclusion council and help oversee the internal feedback network. Other members of the council are still being determined.

Ms. Berk will also manage the talk-to-me hotline that will allow employees voice issues or suggestions to improve their experience as employees, Ms. Ingram said in the video.

Representatives from JWT were not immediately available for comment.

In March, four days after she took the helm at the agency, Ms. Ingram set out a agenda for diversity at a London launch event, where she unveiled a JWT film series called “Her Story: The Female Revolution” and a new report on “Female Tribes.”

Earlier this week, Splenda hired J. Walter Thompson Canada as its creative and strategy agency of record for North America, marking the agency’s first significant win since the departure of Mr. Martinez.

They’re calling in that bastion of diversity strategy, Inquest Consulting.

Every time you see a high level white executive in the news writing some vague editorial about diversity, boasting that their company is diverse because it’s filled with (white, of course) people from diverse backgrounds, you have Inquest to thank.

They’re also the ones responsible for insisting that it’s time we move past ethnic diversity, because it’s passé.

And that it’s OK to substitute global diversity for American diversity, because acquiring an office in Malaysia is equal to hiring Asian-Americans in the USA. They sell the idea that your company can claim it’s truly diverse by beefing up its overseas hiring instead of hiring minorities IN America, the two issues (ethnic people internationally and ethnic people in America) are entirely interchangeable in their eyes.

Can you guess the ethnicity of the owner?

The agency execs are going to lap this up and take it all the way to the bank, dodging calls for real diversity by hiding behind this BS council.