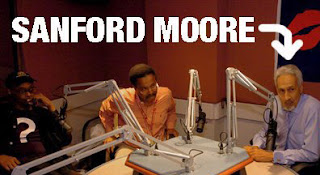 I find it curious that Ms. Warren continues to pen these scatological missives about the lack of “diversity” on Madison Avenue. She had a long tenure at the 4A’s and is acutely aware that the problem is the blatant, historic exclusion of Black Americans from the ranks of executive management, creative and media positions, especially those above the $100k level.

The NYC Human Rights Commission’s investigations of 1975 and 2004 concluded that a “state of de facto segregation” existed for Blacks on Madison Avenue, with Black representation being concentrated at the lowest levels in secretarial and clerical positions. These findings were confirmed by the most recent investigation by Commissioner Gatling and led the agencies to sign legal agreements and to submit goals for the hiring, promotion and retention of African-Americans by job category in September of 2006. Most assuredly, a compelling motivator was their desire to avoid being subpoenaed to appear before the Commission during the festivities of Ad Week and the presence of major clients.

Ms. Warren knows that since the original Commission investigation in 1973, the 4A’s has touted the magnanimity of its “intern program” as subterfuge for the on-going, rampant exclusion of Blacks from most E&C positions. Despite this transparent “Fame” spin, Madison Avenue continues to be the denizen of the “Men in the Grey Flannel Sheets.”

However this time, the affected agencies’ failure to meet their legal commitment to the Commission regarding specific Black representation can be viewed as a “purposeful intent to defraud.” I am sure the City Council will be quite interested as to why the signatory agencies failed to honor both their stated goals and the spirit of their agreements with the Commission. Perhaps it will be necessary to ask the Federal government to monitor the agencies’ efforts to preclude them from adopting the timeless excuse, “We couldn’t find any.”

Nevertheless, it is time for both Ms. Warren and the powers that be at the 4A’s and their agency clients to call “a spade a spade.” As the late, great Nat King Cole said in 1954 when Madison Avenue refused to sponsor his television show, “Madison Avenue is afraid of the dark.” It’s now 2008, South Africa has been free for decades, but Jim Crow is alive ’n kickin’ on Madison Avenue.