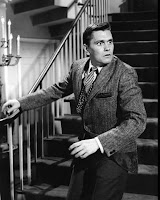 Sorry, wanted to beat this dead horse a little more.

Creating a Mad Men knock-off with colored casting is not an inherently bad idea. After all, anyone who has ever toiled in a minority advertising agency usually considers trying to turn the experience into a screenplay or BET sitcom at some point.

However, believing such an endeavor could serve as a recruiting tool is flawed on a few levels.

First, the program would require a groundbreaking twist. Mimicking Mad Men by showing minority adfolks of the same era could be inspiring on certain levels—although accurately documenting the trials and tribulations might elicit a completely different audience response and ultimately turn off potential candidates. On the other hand, a contemporary depiction would be a tough sell too, given the embarrassing failure of TNT series Trust Me. And again, an honest view of minorities in the business today would possibly counter efforts to lure prospects. In a time when job seekers surf the Web for company information, it’s easy to separate fact from fiction. A televised Diversity Nirvana can’t negate the press and pundits exposing the real deal.

Second, the entire notion smacks of old-school White thinking (despite Ken Wheaton’s contention that a Black person suggested it during Advertising Week). That is, it seems to be saying, “I was attracted to advertising because of Darrin Stephens on Bewitched; hence, minorities will respond similarly when presented with a fill-in-the-race-ethnicity-etc. version of Darrin Stephens.” Whites have to realize that just as they must go beyond the standard, exclusive talent pool, they must also go beyond the standard, exclusive hiring tactics.

yeah, but some folks wish it were still the 60s. kinda like the people who wish barack obama were not POTUS.

maybe the show could be named 'Badass Men'?

So I wouldn’t bash these ideas, no matter where they come from. If all you do is keep bashing ideas, pretty soon everyone will give up and you’ll have no ideas to bash and no progress.

To borrow a phrase from Master P (yeah, I know, but it was a good line): Don’t talk about it. Be about it. (OK, whether it originated with Master P or not, I like it.)

In other words, less talk about the merits of the idea, whether it will work or not, and more, “Fuck it. Go for it.”

2. ‘Second, the entire notion smacks of old-school White thinking (despite Ken Wheaton’s contention that a Black person suggested it during Advertising Week). That is, it seems to be saying, “I was attracted to advertising because of Darrin Stephens on Bewitched; hence, minorities will respond similarly when presented with a fill-in-the-race-ethnicity-etc. version of Darrin Stephens.”’

Dawg, the reason I’m in advertising is exactly because of Bewitched. Like 99.9% of my Black friends, I wanted to hoop in the NBA. Mom and Pop said I had to have a backup plan. Darrin Stephens’ fictional life provided one. He had a big house, a beautiful wife, an ad gig that seemed to pay a lot of money and if it weren’t for Endora everything would’ve been cool like Kool Aid.

Mom and Pop didn’t know where my newfound passion for advertising came from. All they knew was that I had a backup plan and that made them happy.

Over the years, I’ve discovered that I’m not the only Black cat who was influenced by Bewitched.

3. So that Ken doesn’t keep getting beat up, the TV show idea was my idea. Although, it’s not at all the way Ken described it in his article.

I’ll keep the actual show idea under wraps. But I think it’s a dope idea. Lord’s willing, we’ll see if it’s a stupid idea or a good one after I produce it.

P.S. I just heard that W+K just made a Black dude the head of account services on Nike.

1. Agree with your position on ideas. If you visited this blog often, you’d see we continually say any action for diversity is positive. Did not intend to bash this idea; rather, to point out that it is not even original. What makes the diversity discussions frustrating is that every new player that comes in usually presents the same ideas, thinking they are new thoughts. Strangely enough, these thoughts are rarely executed. They are just thrown into the air and ultimately abandoned. Until someone shows up three years later and proposes the same idea. We’d love for the idea creators to do more than talk about it. Go for it. Surely you’re not suggesting these ideas are being abandoned because a blogger is questioning them… (FYI again, you’re not the first person to propose the show idea. Over the years, we’ve literally received emails and conversed with people who already have screenplays and treatments.)

2. Perhaps the point wasn’t clearly made. Sorry. Merely wanted to stress that the tactics of generations past won’t necessarily work for the present. It goes back to the first point, in some ways. There seems to be a belief that how we (currently employed generations) got into the business – and how we were motivated – will be applicable for luring the present and future generations. You know advertising tactics of the past are no longer relevant today. Shouldn’t the hiring tactics of the past be reconsidered as well?

3. We don’t beat up Ken. Please don’t confuse us with Harry Webber – although we admit to being a staunch fan and supporter of Webber.

Thanks for the comments.

Sorry that I missed the parts in your blog that say any action is positive. I’ve been sleepin’. But yo, I think what y’all are doing is dope. Y’all and Craig at KMBA should definitely keep doing your thing!

A. As for the originality of the idea, I’ll say it again. It’s not anywhere near to what Ken spelled out. And I doubt if anyone has in their heads what I do, but there’s a bigger point.

Let’s say that my idea has been proposed a bazillion times, until it gets done I say keep proposing it. I mean, how many Black cats ran for president before Obama was elected?

Should brothas and sistas have stopped running because other people had run and failed?

Did it make it a bad idea to run because other people had failed?

B. Good point. Just don't throw the baby out with the bath water. Some of the old school tactics suck, indeed. But some do work.

It’s gonna be a tough nut to crack, and a bit more complex than I imagined. I thought it was simply a matter of getting more folks of color in management positions. That way we could just hire dope talent, whether they were Black, Brown, Yellow, White or Purple. Y’know, just be fair about it.

Then I just recently learned about a Black dude, a CD no less, who told his White boss that he “couldn’t find any Black creatives to hire” I kid you not. Doesn’t get any more wack than that!

C. Glad to hear that Ken gets love on MultiCultClassics!

P.S. If I misunderstood something, I apologize in advance. It's late.