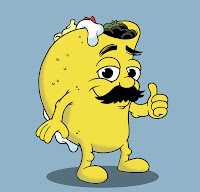 During ABC’s Ohio State-Minnesota football game Saturday, there was an on-air promotion for the network’s NASCAR coverage Sunday. That led to a reference to Colombian driver Juan Pablo Montoya not being among the top five drivers in the NASCAR standings. Which led to Griese saying Montoya isn’t in that top five because “he’s out having a taco.”

While race and ethnicity is openly referred to across TV — from news shows to primetime sitcoms to TV channels devoted to reaching targeted ethnic groups — there is a long list of announcers over the years who faced criticism for making references to cultural stereotypes.

Whether such on-air comments seem intended to be negative, positive or simply banal, they simply aren’t allowed in the norms of TV sports. And it doesn’t matter what ethnic stereotype is involved: An announcer would be wise to quickly apologize for saying that, say, a big tackle named Dusseldorf enjoys bratwurst.

Griese, during the broadcast, wisely apologized for his comment and called Montoya one of the “best drivers” in NASCAR. ESPN’s Mike Soltys said Saturday afternoon that ESPN “is reviewing the matter thoroughly.”

“Earlier today on our game I made an offensive comment regarding Juan Pablo Montoya as part of a NASCAR promo. It was regrettable and I should not have said it. I really enjoy NASCAR and I follow it closely and would like to take this opportunity to apologize to Juan, NASCAR and everyone else who heard my comment,” he said.

In a statement, ESPN called the remark “inappropriate.”

“ESPN has spoken to Bob and he understands that his comment was uncalled for,” the statement said.

Contributing: The Associated Press
Posted by HighJive at 10:06 AM