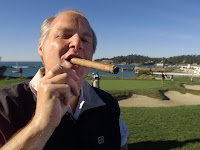 Kiwanuka and the Jets’ Bart Scott made it clear Thursday that they would never play for the Rams or any team owned by the controversial conservative radio host.

“All I know is from the last comment I heard, he said in (President) Obama’s America, white kids are getting beat up on the bus while black kids are chanting ‘right on,’” Kiwanuka told The Daily News. “I mean, I don’t want anything to do with a team that he has any part of. He can do whatever he wants, it is a free country. But if it goes through, I can tell you where I am not going to play.”

“I am not going to draw a conclusion from a person off of one comment, but when it is time after time after time and there’s a consistent pattern of disrespect and just a complete misunderstanding of an entire culture that I am a part of, I can’t respect him as a man.”

Limbaugh said on Tuesday that he is joining former Knicks president and Madison Square Garden CEO Dave Checketts in a group bidding to purchase the Rams. Checketts, who owns the NHL’s St. Louis Blues, is heading the group, reportedly one of many bidders. The potential sale is still in an early stage. If the Rams are sold, St. Louis will choose one bidding group, which will then be subject to a vote by the NFL’s 32 owners, with approval needed by 24 of them.

Limbaugh’s controversial comments are well-known. He resigned from ESPN in 2003 after he said the media were “very desirous that a black quarterback do well” in reference to Philadelphia’s Donovan McNabb being overrated. “If he’s rewarded to buy them, congratulations to him,” McNabb said during his weekly press conference. “But I won’t be in St. Louis anytime soon.”

Scott says players remember what Limbaugh said, and adds that the NFL would be wise not to allow the nationally syndicated host into the league. “It’s an oxymoron that he criticized Donovan McNabb,” Scott said. “A lot of us took it as more of a racial-type thing. I can only imagine how his players would feel. I know I wouldn’t want to play for him. He’s a jerk. He’s an ---. What he said (about McNabb) was inappropriate and insensitive, totally off-base. He could offer me whatever he wanted, I wouldn’t play for him. … I wouldn’t play for Rush Limbaugh. My principles are greater and I can’t be bought.”

Limbaugh, who grew up in Missouri about 100 miles south of St. Louis, is an avid sports fan who once said that “the NFL all too often looks like a game between the Bloods and the Crips without any weapons.”

Kiwanuka cringes at the idea of Limbaugh becoming an NFL owner. “They are flat-out racist,” Kiwanuka said of many of Limbaugh’s statements. “He jumps on Obama and he jumps on other people for being racist. But a lot of the comments that he said, I feel like they have no place in journalism. It is just an opinion show that should be only be taken for shock value. I liken it to ‘South Park’ when I am listening to him.”

“I love Spags and would play for him in a heartbeat, but under that situation … obviously trades you have no control over, but if it was a free-agent thing, I wouldn’t care if I only had one offer on the table, I would rather stay a free agent.”

With Rich Cimini
Posted by HighJive at 8:57 AM

Don't know why this story is the oddest thing I've seen this week, but, it is. Get ready for Ann Coulter to replace Erin Andrews on the sidelines kids.