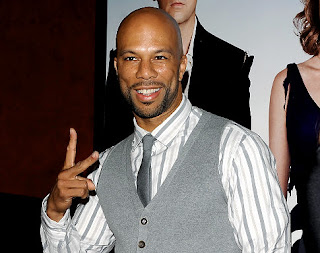 By inviting Common to the White House, Barack and Michelle Obama miss a golden opportunity

The conservative backlash against the Obama administration’s decision to invite Lonnie Rashid Lynn Jr., the rapper known as Common, to the White House on Wednesday night for a poetry slam is both overblown and off the mark.

Citing the lyrics of a poem that Common recited during an HBO appearance, Sean Hannity, Sarah Palin and even the New Jersey State Police have all joined the chorus of voices depicting the emcee as “dangerous,” “controversial” and a ghetto “radical.” In fact, he is none of these things. Common, a Chicago-native formerly known as Common Sense, is — as far as these things go — a socially conscious lyricist who has toiled in relative obscurity for most of his career, and to some degree, still is overshadowed by his far more flamboyant and ignorant colleagues. He is what used to be called a “backpack rapper,” meaning that your white, pot-smoking college roommate would be exponentially more likely to find him interesting than would any gun-toting thug on the street. To criticize him as some diabolical “threat” to God-fearing, law-abiding Americans is both disingenuous and willfully blind to the overall body of his work.

However, there are some real reasons to be disappointed with the White House over this invitation. The truth is that the first black First Family has — or perhaps I should say “had” — an unprecedented opportunity and platform to push black America forward and away from the dumbed-down and omnipresent influence of hip hop music and culture. Michelle Obama could have used the occasion of her highly publicized poetry slam to highlight and promote the work of literary artists who are not part of the hip hop echo chamber. In fact, that is what she did do, but these other artists have been forgotten in the controversy surrounding Common. Why was it necessary to invite him in the first place?

As Jay Carney, the White House press secretary, put it, Common was invited to the event “partly because of his efforts to bring poetry to audiences that don’t get to experience it. And we think that’s a positive thing.” This is a problematic justification for a couple of reasons.

First, these audiences are precisely the ones that most need to be shown that poetry — and for that matter, literature, self-expression, black identity and life in general — exist outside of a hip hop vacuum. Using a rapper, even a backpack rapper, as the means of reaching out to these audiences only reinforces the very provincialism the White House is supposedly seeking to counter.

Second, it is our sad reality to find ourselves in an era in which the bar for what is considered to be “positive” is set so low that anyone who rhymes words together for a living and refrains from advocating selling drugs may be said to fit the label. No, Common is not the negative force so many conservatives would now have us believe he is. But neither is he anything all that great, either. He’s pretty neutral in the grand scheme of things.

On the other hand, the Obamas, since they took the national stage by storm several years ago, were and still are in many of our eyes truly positive examples not of black people but of Americans in general. On more than one occasion, the President has spoken candidly and bravely about a slew of cultural traps that continue to bedevil our nation’s black youth. And when he has spoken, we have listened. This is why it is so dismaying to see him undermine his laudable message and example through his and his wife’s sometimes too-close proximity to hip hop artists and powerbrokers.

We don’t need the Obamas to tell us that Common is a great poet or that Jay-Z and Lil’ Wayne are cool entertainers. That is the message we hear everywhere around us. What we do need desperately is for the Obamas to use their unrivaled visibility and influence to push us in new and uncomfortable directions. Sadly, this was another missed opportunity to do just that.

Williams is author of “Losing My Cool: Love, Literature and a Black Man’s Escape from the Crowd.”
Posted by HighJive at 9:03 PM