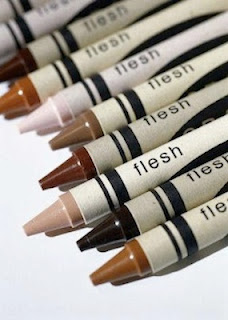 Where Does Multicultural Targeting Fit in a Diverse World?

Race, Ethnicity Important in Reaching Socially Savvy Consumers, but Not as Much as You Might Think

Advertisers on Facebook can single out profiles of married men who love cats, but what they can’t target is Hispanics. Or blacks. Or Asians.

When Andrew Speyer got engaged, he and his fiancee didn’t change their relationship statuses on Facebook. But after friends started congratulating them with wall posts, ads began popping up offering the services of rabbis that perform interfaith ceremonies. Somehow, Facebook discerned that, unlike him, his fiancee was Jewish, although that wasn’t explicit in her profile.

Mr. Speyer, VP-head of strategy at Wing, a Hispanic marketing agency owned by Grey Advertising, feels his experience isn’t uncommon. Mention a brand in a status update and watch it appear as a page you might “like.” Facebook enables marketers to reach huge population swaths or a segment of fewer than 50 profiles—about 0.000008% of Facebook users. All planners have to do is toggle through a list of demographic and behavioral variables and watch the pie slice get thinner.

But think about this for a moment: An ad platform created by a millennial originally for other millennials—the most diverse U.S. generation ever—accounts for nearly one in three online ad impressions and spans all demographics, but it doesn’t ask for your race or ethnicity on your profile. It therefore can’t explicitly target in this key way. Nor can MySpace, or LinkedIn or Twitter.

While that might suggest race and ethnicity are no longer important when it comes to targeting a young, socially savvy consumer, that’s not exactly true.

But demographic targeting in general is under renewed assault from several directions. Nielsen and CBS recently partnered on a research project aiming to replace age and gender targeting for TV, claiming higher correlation of purchasing intent using behavioral data.

Meanwhile, JD Power and Associates just released a white paper formalizing an opinion it had held for years: that targeting based on buyer profiles of its 28 vehicle segments was more effective than targeting the demographic profile most likely to buy a certain type of car.

So do demographics still fit into the marketing landscape?

“The delivering of a message about a product or a service is best done when the advertiser understands the lens through which a consumer is viewing both the culture they’re in … and how their own experiences map onto it,” said U.S. Census Bureau Director Robert Groves.

While behavioral targeting can be critical, the more data you have on the consumer, the better picture you can draw. “We tend to want to simplify and specify and people are outstanding at having simultaneous identities,” said Wing’s Mr. Speyer.

In addition, the younger consumers don’t necessarily use the same identity frameworks marketers are used to dealing with. Multiracial children are the fastest-growing youth demographic according to the 2010 Census. “The need to look at demographics might be growing instead of shrinking,” said Kevin Brockenbrough, VP-associate director of account planning at African-American-focused agency Burrell, Chicago. “Unless you look at what’s motivating behavior, I’m not sure you’re taking full advantage of it. And what motivates it might be tied back to demographics.”

So it can be short-sighted to ignore large demographic cohorts. “There’s often a gap between the share of the population and the share held by a brand,” said Gustavo Razzetti, chief strategy and engagement officer at Grupo Gallegos. “If you want to grow your brand, [Hispanics are] the market that is growing.”

But it’s also dangerous to overgeneralize. “Grouping Hispanics together and making statements about them ignores a huge variation on all sorts of attributes,” said Mr. Groves.
Posted by HighJive at 5:02 PM