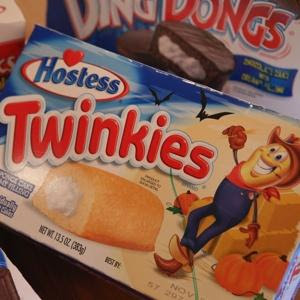 Hostess going out of business

IRVING, Texas — Hostess Brands says it is going out of business, closing plants that make Twinkies and Wonder Bread and laying off all of its 18,500 workers.

The Irving, Texas, company says a nationwide worker strike crippled its ability to make and deliver its products at several locations.

Hostess was planning to ask a court for permission to shut down its money-losing business this morning, The Post exclusively reported.

Hostess had warned employees that it would file a motion in US Bankruptcy Court to unwind its business and sell assets if plant operations didn't return to normal levels by Thursday evening.

The bankrupt maker of Twinkies and Wonder Bread, under plans that could still change, had planned to ask Bankruptcy Court Judge Robert Drain for a Monday hearing to start shutting down the business, two sources close to the situation said.

If it gains court approval, Hostess would start liquidating during the last week in November, the sources said.

Hostess is seeking a shutdown of the money-losing business after members of the Bakers Union started striking this week.

The thinly capitalized company cannot afford such a disruption.

Once a baker loses shelf space to a rival, it will likely not win it back, the sources said.

Hostess is not filling shelves at a crucial retail period. Thanksgiving week is considered one of the biggest of the year in the baking industry.

“There have been a lot of questions raised among customers that are very nervous,” a Hostess source said.

Walmart, which represents perhaps 40 percent of Hostess’ business, is weighing giving Hostess the boot to avoid the risk of having empty shelves, sources said.

If Hostess liquidates, it is likely that competitors would buy the best brands — but not keep the plants or Hostess’ 18,000-plus workers, a source close to the situation said.