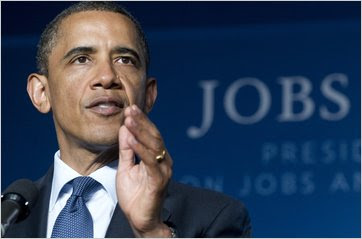 President Obama’s coalition came through for him big time on Election Day, and now members of the coalition want him to return the favor.

African-Americans, who backed the nation’s first African-American president with 93% of their votes, are calling on Obama to pursue new jobs programs and make sure that budget cuts do not fall too heavily on middle- and lower-class Americans.

“I think the president heard us loud and clear,” said the Rev. Al Sharpton, reports the Associated Press. “The collective message was, ‘let’s build on where we already are.’”

While the national unemployment rate came in at 7.9% for the month of October, that number for African-Americans was 14.3%; black unemployment has been as high as 16.5% during the Obama presidency.

In winning re-election over Republican opponent Mitt Romney, Obama also relied heavily on the votes of women and Hispanics.

From the Associated Press:

“Blacks made up 13 percent of the electorate this year, about the same as 2008, while participation among whites shrank slightly to 72 percent and Hispanics increased to 10 percent, national exit polls showed. …

“African-American voter samples in national exit polls are not useful for providing turnout measurements. Census surveys and other analyses eventually will provide turnout numbers for specific racial groups. But exit polls can be used to examine different groups as shares of the overall vote. And there, experts say, is where the evidence can be found of how much black voters delivered for Obama.

“Nationally, Obama’s share of the black vote was down slightly from four years ago. But in some key states, turnout was higher and had an impact, said David Bositis, an expert on black politics and voting at the Joint Center for Political and Economic Studies.

“Blacks made up 15 percent of the electorate in Ohio, up from 11 percent in 2008. And 97 percent of those votes went for Obama, leading Bositis to say Obama’s margin of victory in the state came from black voters.”