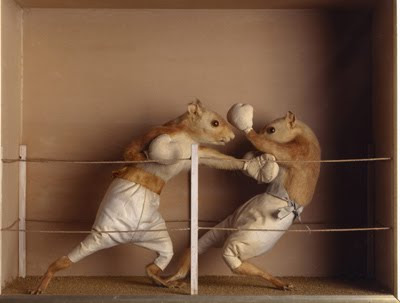 High Wide & Handsome Co-founder and CCO Mike Wolfsohn provided a general counterpoint to the advertising agency cluelessness routinely displayed by Brian Morrissey at Digiday. The piece is actually much longer than it needed to be. “Morrissey is an ignorant douche bag” would have sufficed. To be clear, most advertising agencies—especially BDAs—could definitely benefit from renovations. On the flip side, the average digital shop is no less in need of overhauling. Of course, Digiday’s core audience probably did not agree with and/or even comprehend Wolfsohn’s perspective. It was like a Tea Party zealot making the keynote address at the Democratic National Convention or President Barack Obama appearing before a Tea Party rally. The first comment—as overwritten as Wolfsohn’s editorial—featured the standard “fundamental-shift-in-consumer-behaviors” angle. Each side of the traditional advertising versus digital conflict insists on hammering the other guy’s wrongness while promoting its own rightness. Is it impossible to show mutual appreciation for the basic beauties of both art forms? Instead, like the political battles between conservatives and liberals that have led to unyielding and non-collaborative partisanship, the spectacle continues in increasingly annoying fashion. And Brian Morrissey is starting to bear an uncanny resemblance to Clint Eastwood.