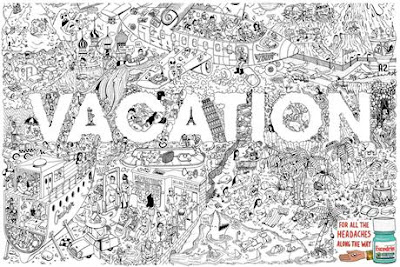 Campaign reported Novartis is conducting a pitch for a global agency to internationally launch an over-the-counter product speculated to be Excedrin. Wow, a planetary shootout for a pharmaceutical account. Even The Pitch would pass on covering this high drama. Then again, will the competition include any non-White shops—and does Novartis actually believe a single network is capable of hatching a concept that will translate across continents? It all sounds like Corporate Cultural Collusion of epic proportions. One thing is certain: the final creative will suck worldwide.

Novartis, the pharmaceutical giant, is searching for a global advertising agency to handle the international roll-out of an over-the-counter product.

An RFI has been issued to a number of agencies, including UK-based shops, from the Denmark-based intermediary Haestbeck Consulting. The brief, dubbed “Project Cool”, covers the provision of advertising to support the launch of a product, which is not named in the RFI, across markets in regions including Europe, the US and Asia.

Novartis, which has its headquarters in Basel, Switzerland and has a presence in more than 140 countries, will require the appointed agency to target consumers as well as healthcare professionals.

Agency sources have speculated that the brief relates to a wider roll-out of the Novartis US pain-relief brand Excedrin. They said Excedrin, which spends around $45 million on US advertising, could be set for a global launch that will require a positive brand awareness campaign following a product recall in the US this year.

Novartis works with a number of agencies including DraftFCB London, Wunderman Switzerland and Grey Group.