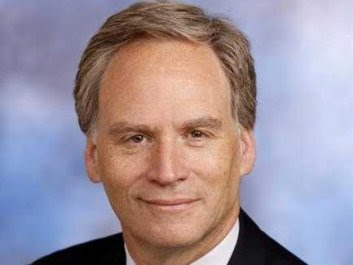 In July, Adweek published a story on former McCann Worldgroup CEO Nick Brien, where the man insisted he only had a PR problem. Well, IPG CEO Michael Roth apparently agreed with Brien, replacing him last week with Harris Diamond, a career PR executive. Anyone want to start the countdown for Harris’ inevitable failure and firing? Bringing in a non-advertising guy to run an advertising agency is nearly as stupid as appointing a former banker to run an advertising network. Remember, integrated marketing and integrating executives tend to fail in holding company settings. A better choice would have been Neil Diamond—or even Lou Diamond Phillips.

Regardless, Diamond (Harris, not Neil) has a few interesting credentials spotlighted in a 2009 interview for Knowledge@Wharton. The man summarized life lessons learned as follows: “Negative perceptions can trump positive messages, cultural differences should not be ignored, and change—even destructive change—can be good.”

Harris said he recognizes cultural differences “are real. They are fundamental. At the end of the day, people are different. You have to recognize those differences and build on [them]…. You have to get people to agree with you, but you have to accept that people with different cultural backgrounds have different views of success.” Not sure how Harris’ perspectives might translate when dealing with diversity, but his work abroad provided a certain level of cultural competence that’s above average for an adman or PR wonk.

Time will tell if Harris has a vision for diversity in advertising, and if he will be an advocate for change—even destructive change. Perhaps he’ll make a bold promise like Draftfcb President and CEO Laurence Boschetto, who proclaimed “that by 2014 [Draftfcb] will be an organization that no longer uses the term ‘diversity and inclusion.’” Or maybe he’ll just start another minority internship program and make charitable contributions to ADCOLOR® events.