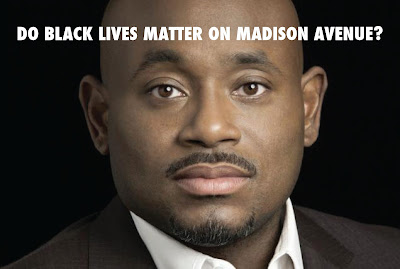 At the root of any societal issue is human truth, especially those truths we find hard to confront. The advertising business has always been about telling stories around human truths, and making those stories accessible to and consumable by the masses.

Today, the truth is that racism is alive and well in this country. The truth is that due to ignorance, lack of education and socially conditioned prejudice, the value of a black life is still being questioned.

How can we as a community come together to speak out against racial injustice, when we perpetuate that very injustice within the walls of our own agencies? We can never properly use the power of this platform as long as the industry continues to perpetuate the same cycle while justifying a lack of diversity not only throughout hiring practices, but in the work that we create.

Just take a look at the numbers—only about 5.85% of the advertising world is made up of African-Americans, and it is the only minority group to have seen a decrease in representation over the last four years. African-American men are one the most underrepresented groups in the entire industry, at just 2.58%. It doesn’t have to be this way.

I want to challenge all agency leads to execute a company-wide diversity check and strategize on creating pathways to improve the diversity of their staff and by extension, the creative. This is not just about diversity in terms of race, but a diversity of perspective.

African-Americans, women and other minorities have so many barriers to entry, and if those walls were torn down, they would bring so much to this community and to the work. In these trying times, we must come together to end racism in all of the places it lives. We cannot be afraid to start that fight in our own backyards.

Does Advertising Age’s decision to create and publish such content help from a diversity standpoint? It’s hard to say. In an industry where cultural cluelessness is so prevalent, White people might not even know how to process the color commentary. Not sure why Advertising Age kept the conversation segregated. Given the Wieden + Kennedy response to recent events, it would have been interesting to get Dan Wieden’s viewpoint—which would hopefully be more thoughtful than gasping, “Now that’s fucked up!” Or maybe have Jeff Goodby wonder, “Why are all the Black people getting shot?”