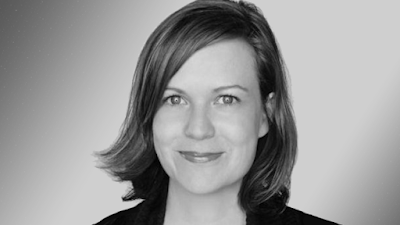 Adweek reported BBDO hired its first White female Chief Creative Officer to run the creative department in its Atlanta office. It’s amazing—amazing in a pathetic way, that is—for BBDO to be marking the gender milestone in 2016. Hell, BBDO hired a Black man as CCO before a White woman. Plus, BBDO had a White male CCO serve as a panelist for a Here Are All The Black People event. The White advertising agency’s inclusive spirit is totally groundbreaking. Or maybe wind-breaking is a more appropriate term.

BBDO Atlanta has hired Robin Fitzgerald to serve as chief creative officer in Atlanta, making her the first woman to hold that position within the Omnicom agency’s network in the United States.

During an earnings call in April, Omnicom CEO John Wren promised to double female leadership within BBDO’s creative department over the following 12 months. Fitzgerald’s hire appears to be the first major attempt to make good on that promise.

Fitzgerald replaces longtime BBDO veteran Wil Boudreau, who announced this week that he would leave the network after 25 years to become North American chief creative officer at WPP’s The&Partnership in New York. She will partner with president and CEO Drew Panayiotou to reshape the creative department in the Atlanta office, which currently works on such accounts as Toys “R” Us, Norwegian Cruise Line and Novant Health.

“Not only is Robin fantastically talented, but she also understands the always-on world in which today’s clients operate, embraces technology and analytics, and generally is someone who can lead the way forward,” said BBDO’s global chief creative officer and North American chairman David Lubars in a statement. “Plus she’s a good soul. I am excited and flattered that Robin has agreed to join BBDO Atlanta and work with Drew to help make that agency something truly special.”

The newly minted creative chief began her career as a copywriter at Bozell Omaha in Nebraska and later served as a creative director at TBWA\Chiat\Day Los Angeles. She has been named among the “Most Creative People” in advertising and social media marketing by Business Insider, and her work has won various honors including an Emmy nomination.

“I love places that love making great work and am looking forward to making a lot of it with the team in Atlanta,” said Fitzgerald, who will begin her new job on Sept. 12.

Regarding her hire, Panayiotou said, “Robin’s prior experience, proven track record and innovative orientation make her a dream fit for what we do and what we hope to do even better for our clients.”

I look at this and think it's going to be 10 to 15 years before agencies even begin to address ethnic diversity, if they ever do so.

We're going to have to go through a decade of gender discussions before any of this avalanche of white women being hired left and right this year wake up and start thinking beyond themselves.

I can't remember the last time, if ever, I've seen a Black male promotion or appointment at the highest levels of advertising in America.

I have, however, recently seen a bunch of white women turn on an agency that hired and promoted several men at once, two minorities among them, and dismiss is as misogyny, as if those minority males were disposable.