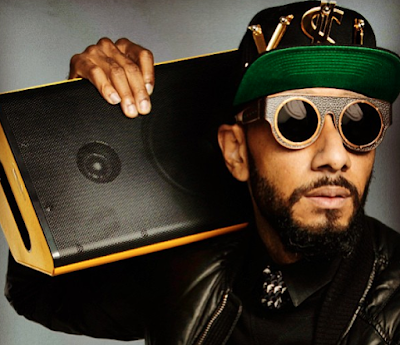 Celeb Won’t Appear in Ads, But He Could Influence Them

Bacardi Limited has named Swizz Beatz as its “global chief creative for culture.” But the celebrity music producer won’t be appearing in ads for the liquor marketer anytime soon.

The multi-year agreement covers Bacardi’s entire brand portfolio, which includes its namesake rum, along with Grey Goose, Martini, Bombay Sapphire and Dewars. “The goal is to develop partnerships, activations and ideas that further incorporate the Bacardi brands into the worlds of music, art and film,” Bacardi said in a statement. Swizz Beatz will also represent Bacardi brands at cultural events in the U.S. and in emerging markets, although details have not yet been released.

There are no immediate plans to put him in ads, according to a Bacardi spokeswoman. But the music maven could hold influence over Bacardi’s marketing. “As the Bacardi global chief creative for culture, I will be involved in all aspects of the product—from brand marketing and advertising to innovation and selling platforms—areas to which I will bring a new, fresh perspective,” he said in a statement. Bacardi will work with him to “forge deals with the most creative icons in sports, fashion, technology, art and film around the world in the coming months,” according to the statement.

Bacardi Limited CEO Mike Dolan stated that “consumers are identifying with brands that fit their lifestyle in culturally relevant ways and Swizz is the perfect partner to identify and forge these new consumer connections.” Bacardi did not release dollar terms of the deal.

Bacardi’s lead agencies are BBDO Worldwide for creative and OMD Worldwide for media. The Omnicom shops won the accounts in April 2015.

Under BBDO, Bacardi rum has pivoted away from ads that played up its heritage, while taking a more contemporary approach. Bacardi will “go harder at embedding our brands back into culture,” Mauricio Vergara, Bacardi Limited’s chief marketing officer for North America and the global lead for the Bacardi brand, told Ad Age last year. “We have one of the most iconic brands in the industry, but over the last few years we were not really connecting as effectively as we could with our target consumers and the new millennial.”

TV ads link the brand to house parties by showing drinkers partying in a house that is being towed on streets and highways.

Why is it the only way to get ahead in advertising as a minority is to go the long way around and become an international athlete/performer/celebrity first?