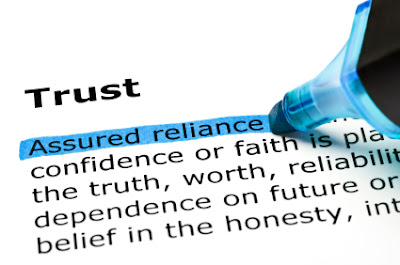 Campaign published an unintentionally hilarious perspective from Gideon Spanier, who insists advertising executives “must start talking to end crisis of trust.” Um, does Spanier realize that—among the least-trusted professions—advertising practitioners typically rank alongside used car salesmen? Trusted adman is an oxymoron. And Spanier is an ordinary moron. Actually, he’s a trade journalist, so maybe his cluelessness can be excused. He’s clearly spending too much time hearing the whines of White advertising agency executives. For example, Spanier drones on about the evils of procurement on the client side. Yet he doesn’t seem to realize the big agencies—especially those tied to holding companies—are just as bad. That is, the advertising agency procurement police are dictating exactly how much money will be allocated for all agency expenditures. Minimal dollar values are now assigned to everything from FTEs to RFPs to LOEs. Above-the-line initiatives receive below-the-line resources. Billable hours trump big ideas. The advertising industry is not facing a trust crisis; rather, it’s a financial crisis.

The ad industry must start talking to end crisis of trust

Advertising is an industry built on long-term relationships and it is in need of counselling.

Both sides are to blame. Marketers want more for less and their procurement departments have been squeezing media agencies’ margins for years. At the same time, agencies have turned to less transparent ways to make money such as rebates and acting as principal.

The widely accepted narrative is that media agencies have kept one step ahead of marketers, which is why ISBA and the Association of National Advertisers, the trade bodies for advertisers in the UK and the US, have urged members to tighten up their contracts with agencies. But marketers must accept some responsibility. It’s absurd that ISBA and the ANA, and their counterparts on the agency side, have barely been on speaking terms.

Hostilities show little sign of improving as Group M has been asking pointed questions about the role of media auditors, which advise clients on how their agency is spending their money.

All this needs to be seen in the context that, contrary to what some think, the media agency business model is hurting. According to Kingston Smith, margins at the big UK media agency groups fell below 13% last year. That’s a big drop from 15.6% in 2014 and the average of 18% since 2000.

The way forward for agencies must be to move into higher-value consulting services, which is what marketers say they want. The problem is that when procurement strikes, price becomes the deciding factor.

When Volkswagen Group recently reviewed its media, it staged an e-auction. MediaCom, the incumbent, was said to be furious because only it knew the real prices that it was being asked to discount against while rivals were offering discounts “blind”.

Stephen Allan, global boss of MediaCom, won’t comment about Volkswagen but says more broadly: “Do you want to treat agencies like vendors or like agencies — what is it?”

Procurement has a role to play. Marc Pritchard, chief marketing officer at Procter & Gamble, makes a good point when he says procurement should take a more public role in this discussion.

But, ultimately, it’s about advertisers and agencies needing to treat each other with honesty — a key theme from an Oystercatchers debate last week, where it emerged that most advertisers wildly underestimated just how costly it is for an agency to pitch.

This is the communications business. It shouldn’t be so hard to talk.