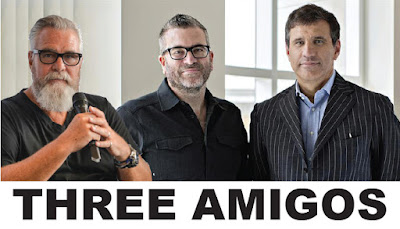 Matt Eastwood is joining McCann Health as global chief creative officer, starting Monday. Previously the worldwide CCO at J. Walter Thompson, Eastwood is taking on the position formerly held by Jeremy Perrott, who was fired last year after unspecified violations of the company’s code of conduct. He will work with John Cahill, global CEO of McCann Health, and report to Rob Reilly, global creative chairman at McCann Worldgroup.

“The CPG space has been shrinking in budgets, and health and wellness has been growing,” says Eastwood. “It’s kind of the one space that seems to be attracting more clients. It felt, for me, the right time to move more definitely into that space.”

At JWT Eastwood oversaw lauded health and wellness work, including a campaign for “The Fin,” a prosthetic leg created by Northwell Health that allowed a disabled veteran to move both on land and in the water. A campaign for Abbott in Latin America encouraged shopping malls to include mannequins representative of breastfeeding women.

“I’ve been doing this kind of work, but not in an official health agency,” Eastwood says. “It’s good work to do, because it’s work that matters, and the opportunity to focus on it seemed exciting.”

He began his career in Australia and held positions at M&C Saatchi before joining Y&R New York as CCO in 2004. Two years later, he joined DDB, working in New York and Sydney, where he hired June Laffey, now CCO at McCann Health New York. “It’s kind of an exciting reforming of a partnership,” Eastwood says.

In 2014, he joined JWT, leading it to 80 Cannes Lions in 2016, a record for the agency. He remained there until March 2018, when his role was eliminated as part of a “structural decision.” At the time, JWT was in the second year of a lawsuit brought by former chief communications officer Erin Johnson, which was finally settled in April. JWT has since been merged with Wunderman to form Wunderman Thompson, in a string of consolidations at WPP spearheaded by CEO Mark Read.

“It was definitely time for a reinvention” of JWT, Eastwood says. “A lot of the baggage of the last couple of years just needed to be behind the agency. I think this and the name change helps do that. I’m hopeful for them.”