14691: Demonstrating For Divertisements To Fake Diversity. 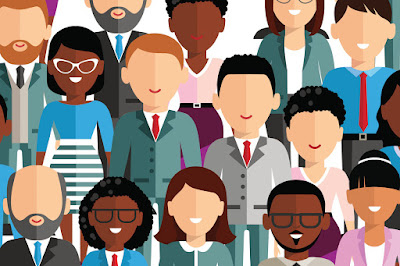 Advertising Age published a paltry perspective from M&C Saatchi LA Executive Creative Director Maria Smith, who appeared to be making a case for producing divertisements. Of course, Smith’s place of employment features a leadership team that looks like the average White advertising agency. Smith opined, “Advertisers who practice diversity have the power to change the world.” Yeah, but not if advertisers continue to partner with White advertising agencies.

Advertisers who practice diversity have the power to change the world

Historically, people of color haven’t received much advertising screen time. As a Filipino American mom to biracial children, I want to change that reality. My kids, and a whole generation of kids who don’t fit into the “traditional” mold, deserve to see themselves represented, their existence acknowledged as an important part of brands’ stories.

Only a generation or two ago, my views would have held outlier status. Now, they are firmly in tune with society’s realization that diversity simply makes sense—not just for business, but for the bottom line. Even investors have seized upon this previously unrealized opportunity, putting money into more than a dozen funds focused on supporting businesses that live by the inclusion mantra.

These investors are tapping into the steady stream of dollars being spent by consumers who demand more of businesses than just a transactional relationship. It would serve the ad industry well to keep this more tuned-in consumer top of mind and follow suit.

Until very recently, boutique and specialist agencies whose outreach focused on people of color occupied a niche space. That’s no longer the case. Consider Hispanic agency LatinWorks, which recently changed its name to Third Ear. The decision grew from a desire to appeal to more English-language clients with Hispanic backgrounds. Third Ear understands its agency is not separate from the mainstream—it’s fundamental to what the world needs today and tomorrow. In just 40 years, the Hispanic population is expected to make up 28% of the total U.S. population. Third Ear is simply anticipating this need.

More and more household brands are successfully incorporating diversity into their ads. Gatorade’s Sisters in Sweat piece, for example, features Serena Williams speaking to her baby daughter. The ad does a beautiful job of being inclusive without checking off boxes. Rather than coming off as a way to lump together people of color, Sisters in Sweat feels authentic, empowering and emotional.

In clear contrast, though, BuzzFeed’s recent “27 Questions Black People Have for Black People” nailed the pandering button on the head. BuzzFeed had to backpedal on Twitter after pushing out stereotype-laden content that might have cost it the trust of some users. What BuzzFeed discovered is that people of color may appreciate humor but don’t appreciate being lumped together as a single group.

These are the kinds of stumbles brands and agencies can make when they create content without careful and thoughtful upfront consideration. Before my team begins any project, we ask, “Who isn’t in the room who should be?” It’s a question that keeps us honest and guides our next move. When there is an important point of view that we need to consider, we ensure that someone with that pointz of view is part of the process. Otherwise, our work might come across as flat—or worse, as singling out a specific audience.

This isn’t rocket science, it’s logic. How can you make sure the right people are in the planning room if they aren’t already in the building? Advertising teams must put forth more effort to bring more people of color into the fold, bucking the legacy status quo that says all ad industry execs must look like Mad Men’s Don Draper.

If people of color believe this stereotype, then they’ll likely look for alternative career paths. However, if they begin to notice that people who come from similar backgrounds and ethnicities are not just contributing to agencies but leading them, they might feel encouraged to do the same. And the benefit will be stronger, more innovative businesses, according to a Financial Management study on the outcomes of workforce diversity.

Advertisers are uniquely positioned to shape the diversity conversation. We thrust ideas, images, and videos into the world, content seen by mass viewership on unprecedented levels thanks to digitization and social sharing. Let’s use our power to generate work that tells people of color what they deserve to hear: “I see and value your contributions. You belong.”

Saatchi is one of those agencies that LOVES to talk about diversity this and multicultural that, but look at the credits of their work. Everyone making their ads is white or on a H1B visa, or white AND on an H1B visa. Even their work that's supposedly for Black consumers is a sea of white behind the scenes.