14696: Now There Are Even More Con Artists And Crooks At 72andSunny. 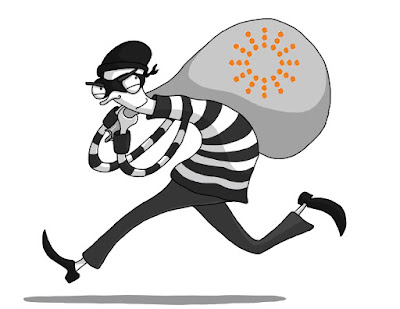 Adweek reported 72andSunny added a page to its diversity playbook by establishing a partnership with ConCreates, an advertising agency comprised of currently and formerly incarcerated folks. Hey, it’s a natural coupling, given that 72andSunny is in the MDC Partners network, which was once led by a bona fide crook. Plus, 72andSunny is run by culturally clueless con artists. Somebody should throw the book—and playbook—at the shifty scumbags. Strangely enough, ConCreates appears to be an enterprise honestly dedicated to change and progress. 72andSunny, on the other hand, not so much.

72andSunny Partners with ConCreates, an Agency Staffed by Current and Former Prisoners

As the advertising industry continues to grapple with diversity, agencies are increasingly trying to find talent outside of the usual recruitment pipelines.

One agency in particular is offering up creative solutions from a population whose vantage point is distinctly unique: former and currently incarcerated people.

The idea for ConCreates came to founder and CEO Vincent Bragg in 2014 while he was serving time in federal prison for running a drug empire. Bragg said he was locked up with the founder of an underwear company, and during their time together, the two would “host think tanks” for the brand. It was through that experience that Bragg began to think he could do this for other brands as well, so he started to pull together a network of incarcerated people who were also interested in this type of creative thinking.

“As a way for me to show the world the creativity behind bars, I started a company and really dedicated my life to this,” he said. After being released from prison in 2016, Bragg joined a prisoner entrepreneurship program called Defy Ventures to get ConCreates off the ground.

“They helped me flesh out the structuring of the company and things like that. One of the things that was really great about that program was the mentorship,” he said, and it was one of his mentors who introduced him to Tim Jones, executive strategy director at 72andSunny New York.

72andSunny New York, which is owned by MDC Partners, has now established a partnership with the ConCreates network that currently spans 436 men and women in prison and 319 who’ve been released, according to Bragg. ConCreates has also built out its leadership team, which includes co-founder and chief innovation strategist Janeya Griffin, who grew up watching her parents struggle to find work after being imprisoned.

As adviser and creative partner, 72andSunny will help craft the agency’s positioning, proposition and visual identity, as well as consult on key client projects.

“When I met these guys, I was blown away by their vision and story,” said Jones. “We have multiple initiatives running to expand and diversify the creative class, but one of the key ways I think we can be most powerful in this space is helping to set up companies like ConCreates, who share the same mission.”

ConCreates operates as a crowdsourcing platform, meaning employees of the agency are sent briefs and asked to respond with their ideas. All who participate are compensated, with employees receiving additional payment as their ideas continue to advance (by making it into a client presentation, for instance). Ideas that actually end up going into production are ones that get rewarded the most.

Much of this correspondence happens via email and snail mail.

“We’re able to be nimble like a startup with a crowdsourced model,” said Bragg, who noted that 10% of ConCreates is owned by the entire company, so staffers also benefit from profit sharing.

Bragg said ConCreates has mostly done work for startups so far, but is now looking to collaborate with “brave brands looking to break the mold” who see the value in what this unconventional creative team has to offer.

He believes the skills needed to pull off crimes are often the same ones that creatives tap into for client work every day; for example, Bragg said one of the original “ConCreators,” who once successfully robbed 27 banks, was basically using the same thought processes as a strategist when coming up with his plan.

“We believe that creativity without opportunity is criminality,” he said. “We look at drug dealers as entrepreneurs. We look at graffiti artists as art directors.”

The hope is that by channeling these skills and talents into something positive, these people will get a chance at building a new life.

“Not only can we help people who’ve committed crimes become beneficial members of society again by learning these kinds of skills, but our hope is that these people become icons to perhaps others who are at that crossroads in life,” said Jones.

The message the ad industry sends to POC is "We can't find minorities talented enough to work in the advertising industry anywhere, so we'll have to train teenagers and children who might work in our vaulted halls decades from now. Or if you're already a professional, you need special training the white children and neighbors of clients and special agency friends magically don't need (they can immediately enter the industry on a red carpet). And convicts? Bring them immediately into the agency world, they're perfect. Now go back to your training that we use as a stalling tactic to get around hiring you in the meantime."