14695: Toy Story—Adding To The Unlimited Resignations At We Are Unlimited. 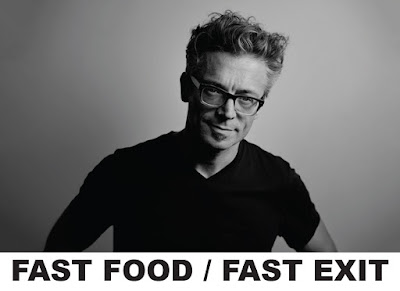 Adweek reported Toygar Bazarkaya resigned from his Chief Creative Officer role at We Are Unlimited. Hey, Wendy Clark is probably checking Ted Royer’s availability. A spokesperson at the White advertising agency gushed, “Over two years and thousands of pieces of content, Toygar has been instrumental in shaping the McDonald’s brand story and We Are Unlimited as an agency.” Two years? We Are Unlimited should install a drive-through exit for employees, as the place deals with more turnovers than the Pillsbury Doughboy. Also, the statement should have read, “…thousands of pieces of caca.”

Toygar Bazarkaya is leaving his role as chief creative officer at We Are Unlimited to join Optimist as the agency’s first global CCO.

“Over two years and thousands of pieces of content, Toygar has been instrumental in shaping the McDonald’s brand story and We Are Unlimited as an agency. We appreciate all he’s done to create business impact and award-winning work on this iconic brand and wish him the best in his future,” an agency spokesperson said in a statement. “We are pleased to have Derek Green and John Hansa step up as co-ECDs reporting to Ari Weiss, CCO of DDB North America who will be leading the creative vision.”

Bazarkaya first joined We Are Unlimited as CCO in April of 2017, a month after leaving Havas, where he served as CCO, Americas, as Weiss’ first major hire since arriving as DDB North America’s first CCO that February. We Are Unlimited opened in Chicago in November of 2016 to service the McDonald’s account Omnicom won in August of the previous year, following a lengthy review process. As of this January, it appears We Are Unlimited is no longer working exclusively with McDonald’s.

“We are supremely excited to welcome Toygar at Optimist to unify all creative functions under his leadership. Now we are able to expand our progressive communication solutions to modern brands that want to change the game, not just ride mid-stream,” Optimist CEO Juergen Dold said in a statement. “Culture forward, always authentic, experientially rooted, channel agnostic, socially digital and always innovative—those are the qualities that our work will be measured on. We are a good fit for global brands with a strong desire to break down what’s not working and embrace what’s possible today, and Toygar will help us continue to deliver on this promise for clients.”

The brand experience agency launched in Los Angeles a decade ago and has since expanded to a team of over 150 with offices in New York, London, Hamburg, Amsterdam, Berlin and Prague. The agency counts Nike, Google, Target and Red Bull among its client roster. Last November, Volkswagen-owned Czech auto company Škoda selected Optimist as one of its two global creative agencies of record, following a review, and this year Uber Eats also named the agency as its brand experience partner.

“Experiences make us feel something and they stay with us. Experiences can be anything, and Optimist is one of the best at creating them for brands,” Bazarkaya said in a statement. “A brand experience has to have a strategic fit, have a great idea at its core and be able to express itself in any form, environment or platform, that’s what I love to do and take pride in. Great brands understand the importance of it, the team at Optimist are the best at it and I am excited to part of it.”