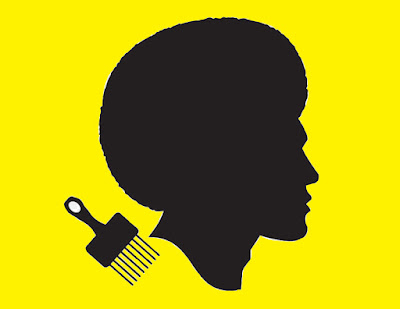 ‘People are scared to speak up’: Confessions of a minority marketer

Being an ethnic minority at a predominantly white workplace creates its own kind of stress.

In our latest Confessions, in which we exchange anonymity for honesty, a minority marketing professional discussed how they saw non-white colleagues favor white staff and limit people of their own color as a way to get ahead in their careers.

How does the advertising industry compare to others you’ve worked in when it comes to racial prejudice and unconscious bias toward ethnic minorities?

In all my roles, I have always noticed a degree of prejudice and bias, but I did not expect it in a not-for-profit organization. The advertiser I worked at put across this image of being inclusive, yet some of the staff they hired didn’t hold those values. You could clearly see minority members of staff being talked down to and ignored in meetings. There was a feeling of superiority from some of the white team members, even new grads.

What made you feel like you didn’t fit in?

Being excluded from meetings, having my suggestions ignored and job duties like building influencer partnerships — core to my role — were allocated to other white members of the team who had less experience. I wasn’t the only one who noticed this as other non-white members were overlooked for promotions while recent grads came in and had their development fast-tracked through the marketing team.

Has this impacted your own progression?

My progression was non-existent and part of the problem. Sometimes it’s better to leave than constantly butt heads with clueless people.

How did you and other non-white colleagues react to that behavior?

Sometimes people make it through the door and forget where they came from. Too many people are accepting of things that aren’t right so long as they don’t have to get involved, which is sad. There is a nervousness about speaking up because they could be labeled as troublesome and consequently, limit their own progression. There’s this misconception that if you behave a certain way, then you’ll be accepted. What’s sad is you have to be a certain way and be cool with opinionated cliques when you’re from a minority background, which isn’t for everyone as people are all brought up differently.

I’ve seen marketers who are from ethnic minorities ignore suggestions from colleagues who look like themselves only to accept the same suggestions from white members of staff. It’s also common for minorities to be ignored or even told to be quiet. Unacceptable really. People are scared to speak up because they feel they will be labeled as playing the race card but why should people be made to feel like this?

Did you speak up when those instances happened?

I spoke up about it while I was at the charity, but it all got brushed under the carpet. And then you have a few meetings where they ensure you speak, but after a while, it goes back to normal. It’s a token gesture. The workspace should be somewhere that’s inclusive and where people can voice their opinions without feeling threatened, isolated or bullied. I’ve seen it really affect people and have a negative effect on their mental health because they were ostracized.

Do internal diversity groups help or hinder the problem?

Groups like that need full support right from the top of a business. In this organization, the so-called diversity group had one annual meeting and guess what: The founding members were all white with an agenda to push sexual equality. While this is also very important, it left race nowhere to be seen. If you want diversity and equality, you have to support all the issues that people are faced with.

How did the HR team react when you raised the issue with them?

HR teams can be the make or break of an organization. But things are swept under the carpet and not always taken seriously enough. In cases where I spoke to HR, they weren’t qualified or properly equipped to handle my issues or complaints. You end up with things being “investigated” but with no action being taken because they can’t substantiate.