14710: Procter & Gamble Gambling On Gillette Is Not Paying Off. 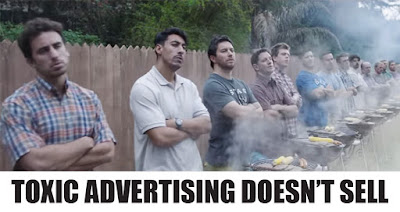 Advertising Age reported on Procter & Gamble announcing its best quarterly and fiscal-year sales growth in a decade. However, the financial gains were cut by the following admission:

Despite the strong top-line—up 5 percent organically for the full year—P&G recorded a net loss of $2.12 per share, due largely to an $8 billion non-cash writedown of the value of the Gillette shave business. P&G said that move reflected—in order of impact—currency devaluations, a long-term trend toward men shaving less in developed countries, and increased price-focused competition over the 14 years since P&G acquired the business in a $57 billion deal.

Or maybe men in developed countries simply aren’t buying the bullshit of divertisements that ultimately insult them. Don’t look for The Look to turn things around, Marc Pritchard.