14702: Cindy Gallop’s Act Is Getting Obscenely Old And Tired. 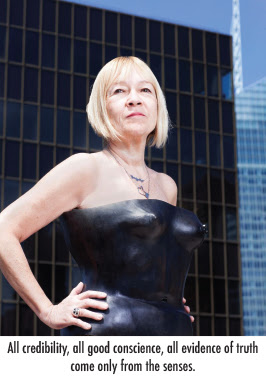 Campaign reported on the latest self-promotional stunt from Divertsity Dame Cindy Gallop, who posted a disruptive divertisement for her porn hobby. If a male advertising executive publicly promoted such a venture, it’s a safe bet that Gallop and Diet Madison Avenue would call for his execution. The hypocrisy only underscores Gallop’s thorough lack of character and credibility. Looks like Kevin Roberts was spot on when saying of Gallop, “I think she’s got problems that are of her own making. I think she’s making up a lot of the stuff to create a profile, and to take applause, and to get on a soap[box].” Gallop’s got more soapboxes that Procter & Gamble and Unilever combined. And somebody needs to wash her mouth out with soap. 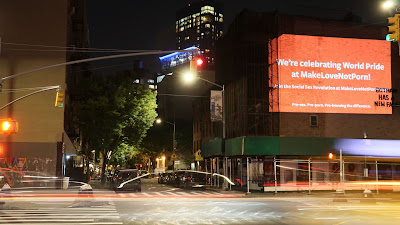 The diversity and inclusion advocate launched a guerilla marketing effort to fight censorship.

Cindy Gallop has had it with the strict rules and increasing limitations around adult content on social platforms and in advertising, so the CEO and founder of MakeLoveNotPorn decided to take matters into her own hands over the weekend.

On Friday and Saturday night, Gallop launched a guerilla marketing effort for MakeLoveNotPorn (MLNP) in New York City to tackle current censorship taking place across advertising channels. The outspoken diversity and inclusion advocate projected films and images to promote and help recruit for MLNP — a user-generated social sex video-sharing platform — on buildings in the city, including 14th and Broadway, 14th and 8thAvenue and Houston & MacDougal.

Throughout her journey with MLNP, Gallop has struggled — like many sex tech companies — to promote her company through advertising, whether with traditional spots, billboards or social placements.

Without the option of using traditional OOH buys, Gallop teamed up with Jane Wayne Productions on her guerilla marketing effort to raise awareness of censorship issues as well as her company. 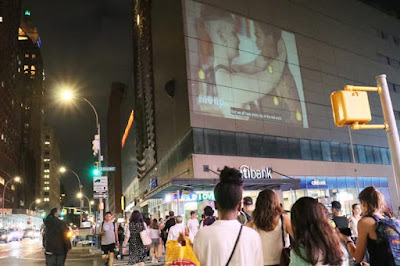