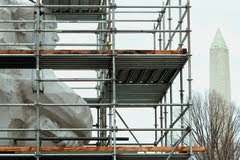 Colored commentary in a MultiCultClassics Monologue…

• The Martin Luther King Jr. National Memorial is half completed and should debut on August 28, 2011—about seven months after MLK Day and six months after Black History Month. There’s a CP Time joke here somewhere.

• The University of Chicago led a project that collected pieces of Chicago Black History for a new website. According to a professor who headed up the project, the website is the “cutting edge portal into discovering primary source materials to study and know Black Chicago’s history from the 1930s to the 1970s.” As well as the new primary source to find Black History Month ad images for lazy and patronizing advertisers.