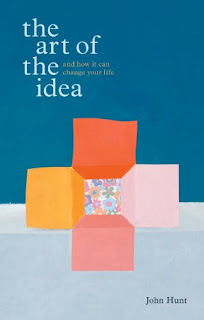 OK, technically, The Art Of The Idea by John Hunt is not primarily focused on diversity. Plus, it was released in 2009—so MultiCultClassics is a little late with this review. But the book does present a smidgen of hope for progress in the advertising industry.

For starters, Hunt is an award-winning playwright, author and Worldwide Creative Director of TBWA currently living in South Africa. While the last two items pertaining to his adman title and location might seem like strikes against him—at least in regards to diversity—it should be noted that Hunt was intimately involved in Nelson Mandela’s 1993 election campaign. So it’s quite possible the man has a bit of cultural competence.

Additionally, The Art Of The Idea has inherent inclusive components. For example, globally recognized artist Sam Nhlengethwa (pictured below) illustrated the book. And Hunt thanked Claude Grunitzky—the man behind The True Agency and TRACE magazine—“for suggesting where [the book] could flourish.” 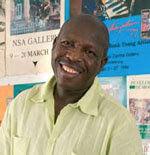 Although The Art Of The Idea is not a pure diversity book, it’s not really an advertising book either. In fact, the term “advertising” makes no appearance in its content at all. Rather, Hunt carefully collected 20 observations about ideas that have relevance on Madison Avenue, Main Street or anywhere else.

Observation No. 4—We are all EQUAL before the IDEA—could certainly be applied to generating concepts in diverse enterprises. The observation must definitely be incorporated for “cross-cultural” marketing to succeed with effectiveness and fairness.

Observation No. 8—Incremental CHANGE is fine if you’re a GLACIER—has direct implications for Madison Avenue’s lethargic action steps toward deconstructing its exclusive workplaces.

Total profits from the book will be donated to Room 13, “a unique initiative that provides an environment for underprivileged children to unfurl their imagination.” Yeah, Hunt took the contrived route of supporting a minority youth outreach program, but MultiCultClassics will cut him some slack.

There’s much more food for thought throughout the pages. The book is filled with intellectual and emotional challenges, as well as calls to action for revolutionary and positive change. If Madison Avenue seriously used The Art Of The Idea in the quest for diversity, we could create significant solutions—and maybe crown John Hunt as The Great White Hope. 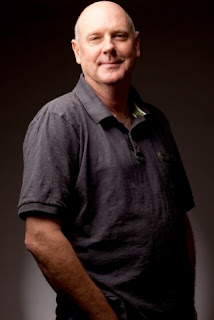