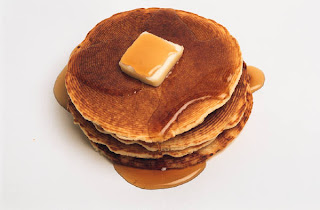 IHOP drops suit against church over use of IHOP acronym

The pancake restaurant chain cites ongoing mediation with the International House of Prayer, which uses the IHOP letters in its website names, signs and events.

Could pancake peace be at hand?

On Dec. 21, the restaurant chain dismissed its case against the church, with its lawyers citing “ongoing mediation with the defendants,” according to documents filed in federal court in Los Angeles.

The restaurant chain sued the church in September, alleging it misappropriated IHOP trademarks with its website, ihop.org, and in signs and events at its headquarters in Kansas City, Mo., and California ministries. The church also has affiliates in San Jose, Santa Maria, Calif., and Dublin, Calif.

When the lawsuit was filed, restaurant spokesman Patrick Lenow said the church’s use of IHOP and related phrases confused customers, undermined trademarked uses and risked publicly linking the chain of 1,500 restaurants with a particular faith or church.

He said the International House of Prayer had refused several requests to stop before the case was filed.

The church never filed a response in court. The main church Web page is still at ihop.org, and the Pasadena ministry’s website remains pihop.com.

On Tuesday, a church official in Kansas City said most staff members were at a religious gathering and no one was available for comment on the case. Calls to the Pasadena International House of Prayer were not returned.

Lenow, a spokesman with IHOP parent company DineEquity Inc., declined to discuss the company’s expected remedies for the six claims of trademark infringement, or a timeline, for the matter to be resolved.

“We have agreed with House of Prayer not to publicly discuss the case,” Lenow said in an e-mail.
Posted by HighJive at 10:58 AM