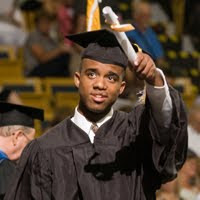 All across the country, high school seniors are gearing up to apply to college. Many of them assume that the best thing they can do to ensure a bright future is to attend the most prestigious school that has accepted them—even if their race, athletic prowess or rich uncle helped them get in.

But according to a December report of the U.S. Commission on Civil Rights, that may be a mistaken strategy—at least for students hoping for a degree in science or engineering.

The extensive research compiled in that report concludes that accepting an affirmative action leg-up probably hurts a student’s chances of becoming a doctor, scientist or engineer. A better strategy is to attend a school at which one’s entering academic credentials roughly match the median student’s.

Contrary to some people’s expectations, college-bound African-Americans express a desire to major in science and engineering as often as whites and maybe a little more often. But something happens during college, and they disproportionately abandon that ambition, taking up softer majors instead. By graduation, African-Americans are markedly underrepresented in science and engineering bachelor’s degrees—a gateway credential for many well-paying, prestigious careers.

For decades, some blamed the attrition problem wholly on African-Americans’ science-related standardized test scores, which remain on average lower than those of whites or Asians. It should surprise no one to learn that students with lower standardized test scores are indeed less likely to stick with science and engineering than students with higher scores, no matter where they attend school.
But that’s not the whole story.

As three independent scholarly studies show, part of the problem appears to be relative. A student who attends a college at which his entering credentials put him near the bottom of the class—which is where a student who needed an affirmative action preference will be—is less likely to persevere in science or engineering than an otherwise identical student attending a school at which those same credentials put him in the middle of the class or higher.

The reasons for this comparative effect are doubtless complex. But they are based on a common everyday observation: A good student can get in over his head and end up learning little or nothing if he is placed in a classroom with students whose level of academic preparation is much higher than his own, even though he is fully capable of mastering the material when presented at a more moderate pace. Discouraged, he may even give up—even though he would have persevered and ultimately succeeded in a somewhat less competitive environment.

The effect does not appear to be slight. In a 2004 article, University of Virginia psychology professor Frederick Smyth and University of Southern California psychology professor John McArdle predicted that 45 percent more minority women and 35 percent more minority men in their sample would have persisted in science and engineering if they had attended schools where their academic credentials matched their peers.

Further proof of the inadvertent harm being caused by affirmative action can be found in the remarkable success of historically black colleges and universities, where half of African-American students naturally have entering credentials in the top half of the class.

All of this is something high school seniors deserve to know. The commission challenges colleges and universities to tell them.

Gail Heriot is a professor of law at the University of San Diego and a member of the U.S. Commission on Civil Rights.
Posted by HighJive at 12:28 PM