8596: Madison Avenue Has A Talent Problem. 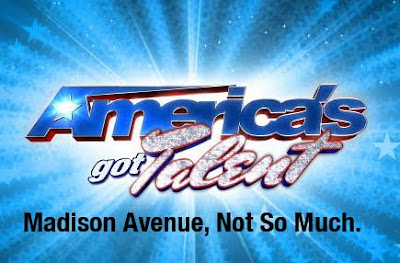 Advertising Age reported on the 4As 2011 Transformation Conference presentation called Transforming Talent Management, where Arnold Worldwide Global CEO Andrew Benett announced Madison Avenue is failing to train, motivate or retain employees. And the man had to be talking about White employees, as minorities aren’t being trained, motivated or retained at all—mostly because they aren’t even being recruited.

Left to Fend for Themselves, Employees Feel No Loyalty to Agencies

After Andrew Benett’s 4A’s talk about talent management, 4A’s President-CEO Nancy Hill walked onstage and said, “Wow. I knew it was bad, but I didn’t know it was that bad.”

She was responding to the bleak results Mr. Benett, global CEO of Havas’ Arnold Worldwide, shared from a recent 4A’s and Arnold survey of both employees and managers of marketing agencies about talent dubbed Transforming Talent Management.

The bottom line: Agencies aren’t doing a good job of training, motivating or retaining employees. “We are a people-focused industry but we don’t embrace that with our employees,” Mr. Benett said.

For agencies, one fundamental problem is employee retention. According to the survey, 30% of the collective agency workforce will be gone within 12 months, and 70% of employees would call a recruiter back if one reached out to them. An overwhelming 96% of employees surveyed said they feel they could easily get a job, in part because of the improving economy.

“We’re not taking our own advice. We don’t have time to market ourselves, to care about our talent,” said Mr. Benett. “We say ‘Talent is our number one asset,’ but you look more into it and you look at how managers are, revenue is more important.”

And while employees may be leaving any particular agency, they aren’t necessarily leaving the industry. According to the survey, 37% expect to stay one to five more years in the industry; 66% plan on staying more than five years in the business.

As for training, employees said they generally had to essentially train themselves, or figure out many aspects of their jobs on their own. According to the survey, there was a large disconnect between what employees and managers are saying in terms of training: 90% of employees said they learned by figuring out problems on their own. Conversely, 25% of execs said employees figured out their own issues. “The average Starbucks barista gets more training than the average communications employee,” Mr. Benett said.

“It’s an incredibly attractive industry, we’re just not leveraging and leaning into that. We’re not doing a very good job marketing to our people.”

Mr. Benett offered up five solutions to turn employee attitudes around: invest in talent in the early stages, such as schools; promote cross training; introduce new incentives, such as education financing or sabbaticals; fix performance management; and engage employees in the career conversation.

“This is a major, major issue and it will take everyone in the room—times 10, times 100—to fix the problem. We need a commitment from the industry and our agencies,” said Mr. Benett.