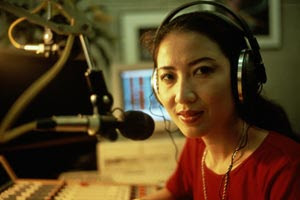 FCC Promises Action on Discrimination in Ads, But Can It Deliver?

Regulator targets broadcasters, not advertisers on “no Urban,” “no Hispanic” buys

For some time now, advertisers’ practice of making radio buys that come with “no Urban” and “no Hispanic” strings attached has been the industry’s dirty little secret. Now, after years of inaction, the Federal Communications Commission is picking up its cudgel and threatening to get tough with broadcasters who allow that kind of discrimination when they sell airtime.

The commission's enforcement bureau will now require stations to include a non-discrimination clause in their ad contracts, and certify during their license renewal that advertisers did not place a buy that intentionally bypassed Urban or Latino stations.

The issue has been around since the late 1990’s, thanks to the leak of a damning internal memo from a Katz Radio sales rep that called Urban listeners "suspects," not "prospects.” Around the same time, "When Being No. 1 is Not Enough," a report delivered to the FCC, showed that minority stations don't earn as much revenue per listener as general market stations, at least in part because of the industry practice of making ad buys that specifically exclude radio stations that cater to a minority audience.

The FCC doesn’t have any power over advertisers, and can’t control the way they target their buys. But it does have authority over stations, so in 2008—nearly a decade after the Katz memo and landmark study— it adopted a rule that required stations to include nondiscrimination clauses in sales contracts.

The enforcement action for the rule, which came this week, was long overdue, a point minority groups had made last month in a scathing letter sent to FCC Chairman Julius Genachowski.

But the rule might be more of a feel-good thing than anything else. It’s not clear that the FCC can really do much to stop the practice—nor is it clear that the problem is still as widespread as it was when it was first brought to the regulator’s attention.

“Trying to use the FCC’s authority over broadcasters as a method to modify the conduct of advertisers (who are generally beyond the FCC's authority) is a futile approach,” Scott Flick, a partner with Pillsbury Law, wrote on the firm’s CommLawCenter blog.

“I don't know if anyone figured out if it would actually accomplish anything,” Flick told Adweek.

But minority groups see the FCC’s enforcement action as a big step forward. “This [will ensure] that the buy was created without discrimination,” said David Honig, executive director of the Minority Media and Telecommunications Council.
Posted by HighJive at 10:46 AM