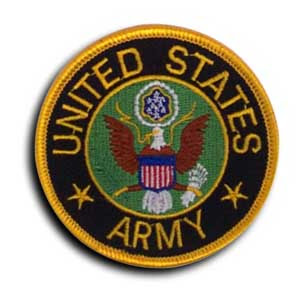 Advertising Age reported the U.S. Army re-enlisted McCann Worldgroup for its roughly $200 million account. IPG stacked the pitch deck with McCann and Draftfcb, while WPP countered with Grey and Y&R. That’s quite a collection of White mediocrity. Minority agencies played, well, minority roles in the competition.

After an extensive review, the U.S. Army is re-upping with Interpublic Group of Cos.’ McCann Worldgroup, which has been the lead ad agency on the account since 2005. The account is estimated at nearly $200 million per year in billings—and as much as $15 million in revenue.

The other contenders that pitched the Army in a final round are understood to be McCann sibling DraftFCB and WPP agencies Grey and Y&R.

That McCann managed to hang onto the lucrative business comes as a major relief for the agency, which under CEO Nick Brien has been engaged in a wholesale turnaround effort. Those moves encompass everything from trying to stem the loss of clients and being more aggressive on the new-business front to training staff across McCann Worldgroup to get up to speed on digital.

How important the business is not only to McCann, but to parent Interpublic? The team working on the U.S. Army account numbers some 300 people from seven Interpublic shops as well as independent shops. The Interpublic agencies include McCann Erickson, Universal McCann, MRM Worldwide, Momentum, Weber Shandwick, Casanova Pendrill and NAS Recruitment Communications.

The new Army advertising contract begins April 7. The term of the contract is—as it has been in the past—for one year, with four one-year option periods. According to the request-for-proposals document the Army sent out last summer, McCann will handle all advertising, direct marketing and public relations for the Army. It will also be tasked to help support all recruitment and retention programs for the government unit.

Representatives for the Army could not immediately be reached for comment.

In a statement, Mr. Brien said: “We are extraordinarily proud of introducing and advancing the ‘Army Strong’ campaign platform. … Our approach going forward will continue to be collaborative, innovative and performance-driven.”
Posted by HighJive at 10:16 PM