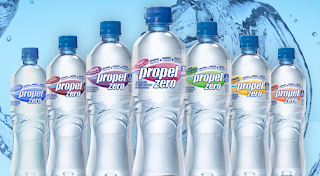 Advertising Age reported on another faux pitch for PepsiCo’s Propel Zero. Omnicom has once again managed to stack the deck by literally filling the field with its own shops, ensuring a victory for the network. In other words, the battle for Propel Zero features zero competition. And less than zero minority agencies. It’s another example of Corporate Cultural Collusion that’s as clear as bottled water.

Incumbent Goodby, Which Worked on Brand’s Repositioning, Is Not Part of Agency Pitch

By Natalie Zmuda and Maureen Morrison

PepsiCo has confirmed its Propel Zero business is in review.

Omnicom Group agencies Fathom, New York; 180 Amsterdam; and TBWA/Chiat/Day, New York, are said to be pitching the business. Left out of the pitch is the incumbent, Goodby, Silverstein & Partners, also an Omnicom agency, which was recently taken off the marketer’s Sierra Mist business.

Propel has just repositioned itself as Propel Zero, eliminating the calories and targeting an active, older group rather than the competitive athletes it used to seek. The brand is about to break a new campaign as part of that repositioning and expects to significantly boost ad spending. In 2010, Propel spent only $330,000, a massive drop from the $8 million it spent in 2009, and a figure that pales in comparison to its 2008 spending levels of $40 million. Goodby handled the new campaign.

The loss of Propel is a blow to Goodby, as the agency is no longer the lead on any of PepsiCo’s beverage brands. Goodby won Propel in early 2008, a year when PepsiCo plucked its accounts from another Omnicom shop, Element 79, Chicago, which was formed in 2001 primarily to house PepsiCo brands. Goodby still works on PepsiCo’s Cheetos, Doritos, Fritos and Rold Gold. Goodby did not return calls by press time.

Of the shops believed to be in on the pitch, TBWA, already handles several PepsiCo beverage brands, including Pepsi, Diet Pepsi, Pepsi Max and Gatorade.

Omnicom’s DDB, Chicago, earlier this month snagged the Sierra Mist account from Goodby, just as PepsiCo started pushing the brand as Sierra Mist Natural—another rebranding that Goodby did but it still subsequently lost the account. The win was a triumph for DDB, allowing the agency to nudge its way further onto the PepsiCo roster beyond digital work Tribal DDB does for Amp and the African-American marketing Spike DDB does for PepsiCo’s beverages. Goodby added Sierra Mist to its roster in 2009. Sibling BBDO previously handled Sierra Mist.

Shuffling account work among Omnicom agencies is nothing new for Pepsi. In October 2008, for example, the marketer handed Goodby its $120 million Quaker portfolio after pulling it from Element 79. The Quaker portfolio now resides at Omnicom’s Juniper Park, Toronto.
Posted by HighJive at 11:35 AM