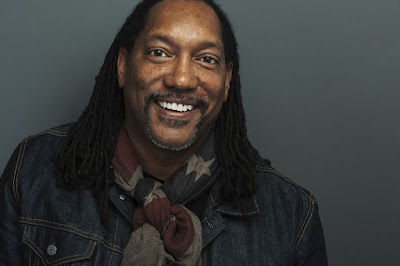 Advertising Age published a perspective by Kevin Walker at CultureLab, who opened by stating, “As a cultural strategist, I am often struck by the lack of information and insight around next-generation black consumers.” Wonder how Walker feels about the lack of investment and next-generation crumbs allocated to reach the audience.

As a cultural strategist, I am often struck by the lack of information and insight around next-generation black consumers.

This is missed opportunity. There is money to be made, social currency to gain and brand relevance to enhance by understanding and connecting with millennial and Gen Z African Americans.

According to Nielsen, next-gen blacks are social-media leaders: They are the meme generators, the colorful web commentators. These generations of African Americans are also leading the way in forging new models for music distribution. For example, Chance the Rapper has rocketed to great success without a record label. His critically acclaimed “Coloring Book” is a streaming-only album, which may become the first Grammy-winning album released without a record label and without a mechanical version. He built his audience through social media and SoundCloud mixtapes. Black millennials like Issa Rae and Donald Glover are providing fresh and innovative content with their hit TV series, HBO’s “Insecure,” and FX’s “Atlanta,” respectively. Both shows provide very contemporary, quirky views of black life that younger audiences have responded to in record numbers.

The strength of this group is not necessarily their number but their influence, as well as spending and media use compared to other groups.

The influence of next-gen African-Americans is undeniable when you look at social media language (slang words and phrases like “clapback,” “squad goals,” “lit,” and “dragged”), in music (Trap) and viral dances (Juju).

This group shapes consumerism and, in many instances, mainstream culture like no other.

A resurgence of cultural identity

There is a commonplace narrative when it comes to young African Americans that they are part of a multicultural melting pot, where they have blended in with their non-black friends. Their identity, it is said, is more generational than racial.

While this may be true for some, black identity is growing among this group, and so is resegregation, offline and online. In exploring the black digital realm, you will discover certain hashtags like #BlackGirlMagic, and you will gain insight into a separate world where black youths connect. Black youth are creating a separate digital landscape where cultural freedom, snarky humor, celebration of black identity, black linguistic innovation and socio-political commentary all co-exist.

Essentially, next-gen African-Americans are blacker than ever!

These cultural and economic forces, manifested in the digital realm, have been developing for a while, but the collective black voice on various digital mediums grew exponentially after the #BlackLivesMatter movement on Twitter.

Since #BlackLivesMatter, there have been various other hashtags that have served as rallying calls and celebrations of cultural pride. Examples include #oscarsowhite (a protest hashtag highlighting the absence of people of color at the Oscars), #blackboyjoy (a response to negative imagery and narratives of black men highlighting joyfulness among black men) and #BlackGirlMagic (a hashtag celebrating achievement, beauty, freedom and flyness among black women).

Sadly, even as social media is growing in importance, and as black digerati influence the mainstream, we find a glaring lack of diversity inside corporate and agency social media departments.

Without question, this is a barrier to more authentic outreach to black millennials and Gen Zers. However, it also presents an opportunity for brands going forward.

The code to unlocking the love from this consumer is a complex one. This is a consumer who is hypersensitive about the role of brands; who has a great awareness of self and culture; who is ready to pounce on any person or company who abuses the community, or appropriates without reverence or respect. The collectivism, amplification and quickness of black people on Twitter and social media is a game changer. A once-marginalized group has found its power.

Much like efforts to reach general market millennials, it is not about traditional marketing and branding. Smart marketers who want to build relationships with next-gen African-Americans should have authentic insights about black next-gen socio-political sensitivities, they should have authentic cultural sensibility and, most of all, cultural empathy.

To get this right requires assembling targeted insights from across the marketing mix, from experiential and content development to user experience and customer experience. The acknowledgement and affirmation of Black Lives Matter by AT&T CEO Randall Stephenson is guaranteed to add a halo and affinity for AT&T among next-gen African-Americans. The same goes for Ben & Jerry’s in their Black Lives Matter activity. Even smartly executed and comical culturally insightful tweets can add to the win for companies. Take the hilarious use of Birdman’s infamous “Put Some Respek On It” meme by a Texas-based burger chain:

Whataburger is another example of comical but tastefully funny leverage of black culture.

In reaching next-gen African-Americans there also needs to be more attention paid to analytics. There is a black hole when it comes to targeted analytical insight of this group, due to the limitations of the current listening and analytic tools that drill down to black consumers. (Are you listening, Silicon Valley?)

Incremental sales and profit to be gained

Young African-American consumers love themselves and their culture more than ever, but the question remains, Can companies tap into their world in a relevant and winning way? Can they show these consumers some love, and win more fans, resulting in more sales and profit in the process?

Companies can embrace culturally insightful black next-gen outreach. All they have to do is try.

It's good (and rare) to see Black consumer issues discussed from a business and cultural point of view. I wish we had a dozen more of this guy.