What do Gene Hackman and Deidrie Henry have in common? Both thespians are indirectly noted in the Popeyes timeline at the fast feeder’s website. In 1972, the chicken chain’s flagship restaurant was rebranded and renamed after Jimmy “Popeye” Doyle, the character portrayed by Hackman in The French Connection. Interestingly, Doyle was an alcoholic racist. In 2009, Annie the Chicken Queen—a “feisty spokesperson” who likes to “tell it like it is”—was birthed by a White advertising agency. Hackman won an Academy Award for his performance, while Henry will likely nab an ADCOLOR® Award someday. 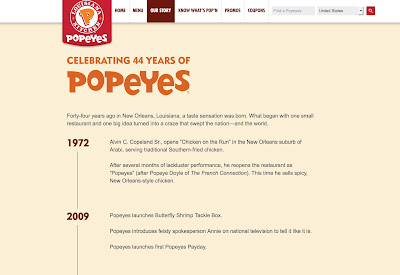