Advertising Age reported on the latest crazy talk from diverted diversity diva Cindy Gallop, who urged White women to start their own advertising agencies. Speaking at a recent soiree organized by The 3% Conference, Gallop suggested White women could “totally halve your cost of living” while launching a start-up shop. Wonder if Gallop would consider lowering her cost of living in these shaky economic times. Regardless, taking a “If you can’t join them, beat them with your own agency” approach seems extreme—and even defeatist. The numbers show White women are accelerating their success in the field, well exceeding the 3% figure that probably never existed in this century. Just as White women are the group that most benefited from Affirmative Action, they are now the group most benefiting from “diversity” in adland, second only to White men. It should be far easier for a White woman to advance in a White advertising agency than erect an enterprise from scratch. “When [W]hite guys are talking to each other, what comes out is Batman versus Superman,” said Gallop, adding that when a diverse clan talks to each other, “You get ‘Hamilton.’” However, when White guys and White gals talk to each other, you get the current Madison Avenue—which feels more like the original Hamilton. That is, there is acknowledgement and even concern about true discrimination, racism and inequality; but ultimately, there is no sense of urgency to create change.

Cindy Gallop told attendees at the 3% Conference, dedicated to supporting more female leadership in ad agencies, to go out and start their own agencies. She said Friday that she was frustrated by the lack of change after her past four annual keynote speeches at the five-year old conference, and now “I want you to be the future of advertising and I want you to start your own ‘agency’.”

The quote marks around “agency” suggests some flexibility in the actual quitting/launching process, but Ms. Gallop did give the homework assignment of figuring out over the weekend how to live on less for a while (“You can totally halve your cost of living”) and then coming up with a company name and registering it, including the URL, Twitter handle, related blog and more.

“I’ve been campaigning for years for more female-founded agencies,” she said. “The good news is that in the last few years, that’s changing.”

“When white guys are talking to each other, what comes out is Batman versus Superman,” Ms. Gallop said. When it’s a diverse group by gender and ethnicity: “You get ‘Hamilton.’”

In an earlier research-oriented panel at the New York conference, 4A’s President and CEO Nancy Hill said that 4A’s research found that more than 50% of female ad agency execs surveyed said they had experienced sexual harassment at least once, but that the problem was significantly worse in the creative department, where 58% of female creatives said they had been sexually harassed often. In other 4A’s findings, 42% of respondents said that they were not included in decision-making, 41% believed they were dismissed or disregarded in meetings, and 40% believed they were passed over for promotion.

Researcher Michele Madansky, head of Michele Madansky Consulting, replicated an earlier study called “The Elephant in the Valley” about gender bias in Silicon Valley in the ad industry. Her “Elephant on Madison Avenue” survey, with more than 600 respondents, found what she called a “Goldilocks effect,” with 70% of respondents saying they had been told they were too aggressive, while 62% had been called too emotional. And 60% said they were paid less than male peers. In an open-ended question, 54% of women cited other issues like race, LGBT, ageism, sizeism and generally not looking “like the perfect girl,” she said.

Ms. Hill said that the industry suffers from a lack of benchmarking, and that the 4A’s will field a full benchmarketing study before the end of the year on gender and ethnicity in the ad industry, with results out early next year.

For the 3% Conference, panel moderator Erin Carpenter said the group plans to look more deeply into two under-researched areas in the ad industry, motherhood and women of color.

Separately, the 3% Conference partnered with the One Club to choose the Next Creative Leaders, recognizing 10 young female creatives currently working at ad agencies as copywriters, art directors, associate creative directors and creative directors. 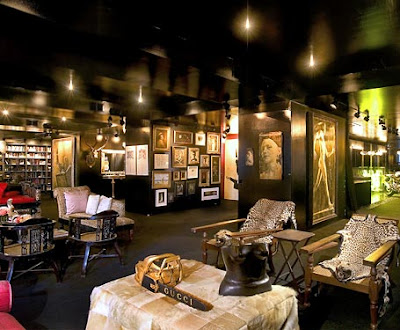 This is the problem with ad agencies in America pushing the idea that anyone foreign automatically equals minority.

You have a group of people, raised and educated in (usually) elite institutions and communities abroad, who have zero grasp of historical issues that minorities faced in the USA.

They don't understand that most people of color in American can't just "pick themselves up by the bootstraps and fund different companies and ventures for funsies" because they have no economic stockpile.

When you've literally been prohibited from owning land, buildings, businesses or homes outright for generations, or specifically confined into terrible areas of the country where even if you do own something it has no resale value, there's no pool of money to pull from. None.

"Oh, just take out a loan!" doesn't work when you have nothing of value (see above) for collateral.

Just once, I wish the trades, agencies, and foreign hires/visa holders themselves would acknowledge that they face a very different landscape and playing field than minorities here in America.