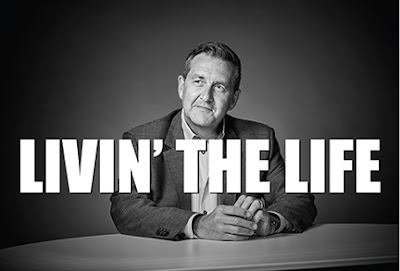 Campaign reported on the latest silliness involving former RAPP Global CEO Alexei Orlov, whose narcissistic navel-gazing can be viewed at his website titled, “Thoughts on the Life of Business and the Business of Life.”

In the “Life Lessons” section, Orlov offered the following:

The power of social and digital media has allowed everyone and anyone a voice—the court of public opinion has become a moral compass regardless of whether such opinion is correct and based on fact. And with this power, the world needs to know its place. As they say, with great power comes great responsibility. And to my mind, too many of us simply do not have an understanding of how to behave.

My greatest disappointment is that kindness has fallen away from the term humankind. We have become too rushed. We offer opinions for the sake of being opinionated. We have forgotten one of the most important lessons—slow down to gather pace.

Based on the accusations leveled against him, Orlov has stripped the humanity and kindness from the term humankind. Plus, he appears to be among those who “simply do not have an understanding of how to behave.” Yet while Orlov’s ordeal has been “punishing” for him, he’s been free of punishment. In fact, he’s apparently still on the Omnicom payroll, advising the Global CEO of the Diversified Agency Services Group of companies, which is within the Omnicom empire. That’s truly the life of business and the business of life for White men in the advertising industry.

Alexei Orlov, the former global chief executive of Rapp who resigned in June amid allegations of racism and sexism, has written about a “punishing” last few months on his blog.

The Omnicom agency is involved in a lawsuit brought by Rapp’s former US president, Greg Anderson, who has sued for wrongful termination and discrimination.

In one blog post, spotted by Agency Spy, Orlov wrote that “some of you who know me well are waiting and have been waiting for me to react to certain things that have happened in my life in the last punishing few months…. Those in power — in command of social media, companies and people whose very lives depend on their next move — would do well to be more reflective and then more responsive to the whole of an issue, rather than reactively seeking immediacy over depth.”

The former chief executive also writes about a series of “Life Lessons”, in which he claims that his greatest disappointments is that “kindness has fallen away from the term humankind.”

Orlov left Rapp in June and was replaced by Marco Scognamiglio. Since then he has worked as an advisor to the global chief executive at the Diversified Agency Services Group of companies, which is a division of Omnicom.

There won't be any real consequences for him. He's got too many friends in too many high places for this to affect him at all. He's probably still on holding company payroll somewhere like Gustavo Martinez.