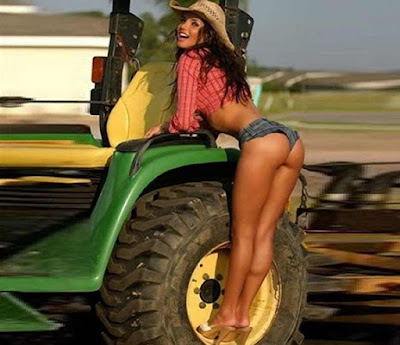 A diversity hire “can be a farm girl from Indiana as much as a Cuban immigrant who lives in Pensacola,” said John Boiler, chief executive of the agency 72andSunny, whose clients include General Mills Inc. and Coors Light. The agency plans to expand its university recruitment programs to include rural areas.

Yes, and the Indiana farm girl will get the nod ahead of the Pensacola Cuban immigrant every time. Guess this means the inner-city toddler recruitment will be trumped by rural White farm kids recruitment. Thanks to Donald Trump, diverted diversity is expanding daily, with White advertising agencies hatching more excuses to justify exclusionary hiring practices. Grab them farm girls by the pussy!

By Alexandra Bruell and Suzanne Vranica

Advertisers are grappling with a stark realization: After spending years courting U.S. consumers with aspirational images of upscale urban living, they may have misjudged the yearnings of much of their audience.

In the wake of Donald Trump’s election as U.S. president with a wave of support from middle American voters, advertisers are reflecting on whether they are out of touch with the same people—rural, economically frustrated, elite-distrusting, anti-globalization voters—who propelled the businessman into the White House. Mr. Trump’s rise has them rethinking the way they collect data about consumers, recruit staff and pitch products.

A few days after the Nov. 8 election, the chief executive of the ad agency giant McCann Worldgroup summoned top executives to discuss what the company could learn from the surprising outcome. One takeaway for him and his staff was that too much advertising falsely assumes that all U.S. consumers desire to be like coastal elites.

“Every so often you have to reset what is the aspirational goal the public has with regard to the products we sell,” said Harris Diamond, McCann’s CEO. “So many marketing programs are oriented toward metro elite imagery.” Marketing needs to reflect less of New York and Los Angeles culture, he said, and more of “Des Moines and Scranton.”

Some marketers, concerned that data isn’t telling them everything they need to know, are considering increasing their use of personal interviews in research. Meanwhile, some ad agencies are looking to hire more people from rural areas as they rethink the popular use of aspirational messaging showcasing a ritzy life on the two metropolitan coasts. One company is also weighing whether to open more local offices around the world, where the people who create ads are closer to the people who see them.

“This election is a seminal moment for marketers to step back and understand what is in people’s heads and what actually drives consumer choice,” said Joe Tripodi, chief marketing officer of the Subway sandwich chain.

Even as many ad agencies try to improve their gender and racial diversity, industry executives say they also need to ensure their U.S. employees come from varied socioeconomic and geographic backgrounds.

A diversity hire “can be a farm girl from Indiana as much as a Cuban immigrant who lives in Pensacola,” said John Boiler, chief executive of the agency 72andSunny, whose clients include General Mills Inc. and Coors Light. The agency plans to expand its university recruitment programs to include rural areas.

Given how polling underestimated Mr. Trump’s support, the election underscores the limitations of “research methodologies that even in the era of big data are subject to human bias,” said Antonio Lucio, the chief marketing officer of HP Inc.

As a result HP, the personal computer and printer arm of the former Hewlett-Packard Co., is re-evaluating its reliance on research techniques like online polls and seeing if it needs to increase its use of personal interviews and ethnography, which is when researchers try to understand how people live by visiting them in their homes or work environments.

David Sable, global chief executive of Y&R, a creative agency owned by WPP PLC, said the election is a lesson for marketers and agencies that have become too infatuated with big data. Mr. Sable said that Y&R will “double down” on its eXploring program, which involves spending time with consumers in their own habitats. For example, the agency has in the past done laundry with families in London as part of its research for a packaged-goods company.

“If you want to understand how a lion hunts you don’t go to the zoo, you go to the jungle,” he said.

David Droga, creative chairman and founder of Droga5, whose clients include Yum Brands Inc.’s Pizza Hut and J.P. Morgan Chase, said the election validated its immersive approach. The shop this year sent employees to Johnsonville headquarters in Wisconsin to interview many of the sausage company’s employees for an ad campaign. “We really want to make sure we not just understand our demo, but the mind-set of our demo right now,” Mr. Droga said. (Droga5 also did work for Hillary Clinton, including a TV spot that depicts her fighting for children throughout her public life.)

Advertising executives also said the surprising outcome to the election would likely hamper advertising spending next year, as marketers try to figure out what implications the new administration’s decisions will have on businesses.

“I believe there will be a slowdown” in the first quarter as marketers take a “wait and see” approach to Mr. Trump’s policies, said Maurice Lévy, chief executive officer of Publicis Groupe SA.

WPP’s GroupM, the largest ad buying firm in the world, had been anticipating U.S. ad spending would grow 3% to $183.9 billion next year. Kelly Clark, global CEO of GroupM, now said he anticipates ad spending growth in the U.S. will likely decline a few percentage points over the next six months. “We do believe that investment decisions will be delayed,” said Mr. Clark.

If agencies internalize the societal changes the election reflected, the content or tone of advertising could change, some ad executives predicted.

“The election will have spooked the liberal elite away from high concept, ‘make the world a better place’” advertising to “a more down-to-earth ‘tell me what you will do for me’ approach” said Robert Senior, worldwide chief executive of Saatchi & Saatchi, a creative firm owned by Publicis Groupe.

Mr. Senior said the change will likely manifest itself in less use of fantastical imagery and escapism and more real world and real people in ads.

Mr. Tripodi of Subway says marketers are too focused on aggregating people into broader groups and painting them with the same brush. He said global marketers such as Subway should try to do more local marketing and advertising that can better reflect the concerns of specific communities.

Mr. Diamond of McCann says the ad industry’s move to have regional hubs servicing large patches of the world is now out of sync with movements in many countries—the U.S., U.K., and China, for example—where citizens seem frustrated with aspirational globalism. He said McCann, which has offices in about 90 countries, had been moving toward more regional hubs. It now wants to beef up its local creative teams.

In a world “demanding local distinctiveness, you have to have creative that reflects that,” Mr. Diamond said.

Some advertisers weren’t caught off guard. Susan Credle, global creative chief of ad agency FCB, relayed a conversation she had before the election with a marketer who felt that an aspirational message would hurt its business.

“If we were having that conversation today, it would be an even stronger point,” she said.

So the ad industry turns up its nose at ethnic diversity for decades, gaslights anyone asking for or about it, and stonewalls.

But now that diversity has broadened to mean any white woman on a farm in Indiana, or any white woman period, who wants to direct or be a CD or whatever, NOW it's time to celebrate and support diversity and throw money, resources and public enthusiasm at it.

OK. Got it. Feels great to be valued, 72andSunny and all the rest of your brethren agencies. But only if I'm a white woman. :/

How are people who don't already have the skills or experience to grab the few jobs that are left in the areas in which they live going to suddenly be qualified to be art directors and copywriters at Droga, Chiat/Day, and the like?