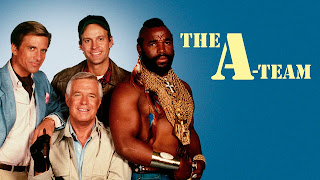 Adweek reported on an initiative in Atlanta—The A Pledge—whereby local advertising agencies are committing to matching their staff’s diversity to that of the city within ten years. A decade seems like setting the bar low in terms of a deadline. Then again, given that Atlanta is 62% BIPOC, meeting the mark would be quite a feat. There are no advertising agencies from holding companies participating in the challenge. And while Atlanta-based brands including Aflac, the Atlanta Hawks and Mailchimp will allegedly hold the firms accountable, missing from the advertisers is the most prominent player in the area—The Coca-Cola Company. In short, The A Pledge lacks A-list allies.

Atlanta Brands Are Keeping Their Agencies Accountable for Racial Equality

While there are some bright spots and progress, ad agencies continue to grapple with diversity. Awareness of systemic racism is one thing; acting on improving the situation is quite another. Brands continue to look at their vendor relationships—agencies included—demanding greater diversity and accountability.

To that end, the Atlanta market is embarking on a plan called The A Pledge that asks agencies to match their teams’ diversity to that of the city by 2030. Current demographic information from the city of Atlanta shows that, in 2020, the market is 62% BIPOC and 38% white. Further, U.S. Bureau of Labor data indicates that the broader marketing ecosystem is overwhelmingly white, with all categories north of 80%.

Driving the effort to diversify the agency community is market-wide participation from several Atlanta-based brands like Aflac, the Atlanta Hawks and Mailchimp. At present, the site lists 16 city agencies—all independents—participating in the pledge.

“While our city’s demographics will inevitably shift over time, the point of this pursuit is to acknowledge the disparity in the advertising and marketing industry—and more importantly, to take real, measurable actions to correct it,” said Jeff Hilimire, The A Pledge co-founder and CEO of digital engagement firm Dragon Army. “The agencies that join in taking this pledge will use our collective power to intentionally address the myriad of obstacles preventing systemic change from being a reality today.”

According to Shannon Watkins, svp of brand and creative services at Aflac, the killing of George Floyd and the fact that Atlanta is growing and so diverse sparked the idea to create systemic and positive change. Each participating agency is responsible for creating company-specific strategies, plans and reporting.

“The disparity in our workforces is one of the biggest indicators of ongoing racial inequality in the city,” Watkins said. “And when we compare the lack of diversity in the Atlanta agency community with the demographics of our city, we see an inequality gap that truly needs to be closed.”

Specific to her role at Aflac, Watkins notes that it’s critical to drive authentic work to diverse audiences, and that having multicultural insights from people who understand broad constructs and nuance matters. Additionally, if an agency doesn’t have inclusion built into its teams, “it slows down the work and costs me, as a client, more money due to the time it takes to onboard new talent.”

Aflac chose Dagger in 2020 for its above-the-line strategy and TV, adding to the work the agency was doing in social. Watkins cites the agency’s diversity and culture as a significant plus.

“So far, the work is developed faster and creative testing scores are higher,” said Watkins, who credits Aflac CEO Dan Amos for shaping a workforce that is 45% multicultural, almost 70% female, and includes a board that is 45% diverse and a consumer brand team that is 60% multicultural. “Diversity, equality and inclusion are inherent in Dagger’s culture. Having a team like that is good for business.”

Ted Wright, founder and CEO of word-of-mouth and experiential agency Fizz—one of the shops participating in The A Pledge—has long valued diversity. He estimates that the agency is 70% women, 40% Black, 20% Hispanic/Latinx and almost 20% Asian. He cites two main reasons why diversity matters: that it’s the right thing to do, and clients get better work.

“Having people with lots of different backgrounds, and I’m talking about true diversity, has been helpful for us,” he said. “We’re smaller and scrappier so we have to have better insights, and there’s no better way to find that than to lean on decades of experience that people have in other parts of their lives. This gives us the best opportunity to grow our clients’ businesses.”

Watkins concurs with the sentiment that for brands to grow, putting diversity and inclusion at the top of the list is the only way forward.

“The right talent needs to sit at the table to create the work,” she said. “Through the lens of their experiences, that brings it to life.”