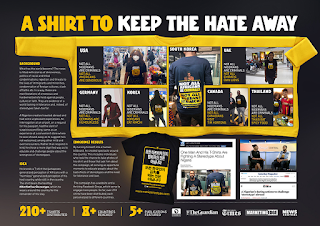 Ads of the World explained the campaign depicted above as follows:

A creative person traveled abroad and had some unpleasant racist experiences. Rather than respond in kind, he chose a more dignified way as to educate and challenge people about the wrongness of stereotypes. He brands a T-shirt that juxtaposes generalized perception of Africans with a “harmless” generalized perception of his host country, while still in the country. The shirt bears the hashtag: #IAmNotYourStereotype, which he wears around the country for the remainder of his stay.

If the creative person had visited Adland, the shirt could read as depicted below. 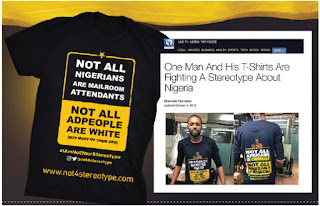 Email ThisBlogThis!Share to TwitterShare to FacebookShare to Pinterest
Labels: ads of the world, nigeria, racism