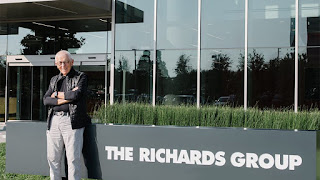 For its Year in Review content, Advertising Age awarded “The biggest agency implosion of 2020” honors to The Richards Group—opening by declaring, “It was arguably the swiftest downfall of an agency in history.” Seems like Ad Age is overreacting a tad; plus, the publication is arguably wrong.

In 2020, Grey experienced the biggest implosion followed by resurrection when the agency brand was temporarily trashed during a merger with AKQA. Earlier examples of fast folds include We Are Unlimited unraveling as the sole client—Mickey D’s—essentially said, “We Are Unimpressed,” and hired Wieden + Kennedy as its White advertising agency. Enfatico deserves a mention too.

Additionally, when considered in terms of job losses, one could argue that greater implosions are happening with the holding companies—especially Dentsu and WPP—and the true devastation may not be fully realized for years.

Perhaps the aforementioned detonations weren’t as quick, but The Richards Group is still standing and will probably rise like a culturally clueless phoenix from the ashes. Hey, Campbell Ewald rebounded after its 2016 racist fiasco…

Stan Richards might be a pioneer in that he lost his job as the result of referring to White people in derogatory style. Indeed, was Richards’ “too Black” rating of a campaign idea more offensive than the racism displayed by Campbell Ewald? Arguably not. Plus, anyone with multicultural marketing experience can verify that campaign concepts are routinely rated for being “not Black enough”—that is, in Adland, Black is used to measure concepts and candidates. Richards simply had the misfortune of making his ignorant comment in a time of heightened sensitivity—although that doesn’t excuse the man’s inappropriate perspectives and absolute stupidity.

For now, if viewed through the lens of discrimination and systemic racism, it’s safe to predict that bigger and swifter implosions are on the road ahead for the advertising industry.

The biggest agency implosion of 2020

It was arguably the swiftest downfall of an agency in history.

In the space of a week, The Richards Group lost the bulk of its client roster after it came to light that its founder, Stan Richards, made a racist remark in an internal meeting. In a now-legendary tale, Richards rejected an ad proposal for then-client Motel 6 on the grounds that it was “too Black” and threatened to alienate the chain’s “significant white supremacist constituents.”

In short order, Motel 6—which had already been reviewing its account—dismissed the agency and other clients were quick to follow. The following day Home Depot put it account up for grabs, followed by Keurig Dr Pepper, Orkin, Advanced Auto Parts, H.E.B., Shiner Beer and more, while Cracker Barrel dropped The Richards Group from its review.

To stop the bleeding, Stan Richards, until then a revered figure who founded the agency 44 years earlier and still turned up to work every day at age 88, stepped down on Oct. 15, a week after the remark was made.

The entire incident brought into focus the unusual culture of the agency, which clocked employees in and insisted they be at their desks by 8:30 a.m., and appeared to have separate rules for male and female staffers. But it also raised questions about whether an agency can be too closely allied to a founder. The industry is now watching to see how it can recover.