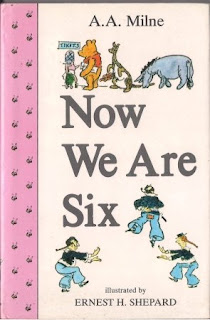 Advertising Age reported Dentsu is poised to cut 6,000 “redundancies” as part of a global plan to reduce agency brands from 160 to six—although a company spokesperson blamed the restructuring and job losses on the COVID-19 pandemic. So, that puts the official scoreboard at:

Ad Age speculated that identifying the redundancies and terminations will become the to-do list of newly appointed Dentsu Aegis Network Global CEO Wendy Clark, who has terrific experience in executing such matters. Then again, if Dentsu Aegis Network is eliminated in the agency brand reductions, will Clark become redundant? Hey, Ted Royer’s freelancing fate hangs in the balance… Given Clark’s restless ambition regarding diversity, somebody should closely monitor which employees are tagged as redundancies.

Dentsu To Cut 6,000 Jobs As Part Of Restructuring

Dentsu International revealed in a Tokyo Stock Exchange filing on Monday that it will work to eliminate 12.5% of its 46,560-person workforce, totaling a loss of about 6,000 roles, as part of its ongoing restructuring to reduce its agency brands from 160 to just six. The Financial Times first reported the job cuts.

A Dentsu spokesperson attributed the staff cuts as well as its larger restructuring to the negative impact brought on by the pandemic. The holding company said its £640 million ($855 million) restructuring will involve reducing redundancies across its international business—the group formerly known as Dentsu Aegis Network composed of agencies like 360i and Carat, which is owned by Japanese parent Dentsu Group.

“In our [first half] 2020 financial results, we announced a comprehensive review of our business,” the spokesperson said. “As we work through this process, we will take the critical and necessary steps, that many other companies are [taking] to address the impacts the global pandemic has had on our business and ensure we work closely with our people and our clients as we move through this period of accelerated transformation.”

Dentsu Group announced the restructuring of its international agency business last month, alongside its third-quarter earnings report that showed a 14.8% slip in organic revenue. Dentsu International suffered a 14.6% decline in organic sales for the quarter.

The reorg has already affected at least one shop, Dentsu Mcgarrybowen—which is the new network made from the repositioning of Mcgarrybowen in May. Ad Age reported last month that Dentsu Mcgarrybowen Global Chief Creative Officer Ned Crowley and Global and U.S. Chief Strategy Officer Jennifer Zimmerman would be moving into “consulting” roles.

One former Dentsu executive calls the job cuts necessary. “I have never seen so much redundancy of jobs as I did at Dentsu,” the person says. “Everything is recreated at a regional level as well as at headquarters.”

Identifying the redundancies and determining where cuts need to be made will surely be one of Wendy Clark’s first big tasks. The former DDB Worldwide global CEO stepped into the role of global CEO for Dentsu International in September and has yet to publicly unveil her plans.

Dentsu has seen a whirlwind of change over the past year as it pushes toward becoming “One Dentsu”—a strategy that has been led by Tim Andree, executive chairman of Dentsu Aegis Network, and feels similar to Publicis Groupe’s “Power of One” model. That strategy saw the creation of three lines of businesses last year: creative, customer relationship management and media. Within creative is now Dentsu Mcgarrybowen and Isobar; within CRM is Merkle and 360i; and within media is Carat and iProspect.

In September, Dentsu Aegis Network announced it would be going forward as simply Dentsu.