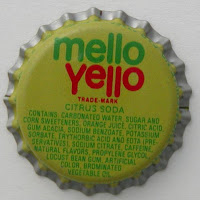 Mutt, a Portland, Ore., startup launched by three ex-Wieden + Kennedy execs, has won Coca-Cola’s Mello Yello brand after a review. It could not be determined which other agencies participated in the pitch.

Mello Yello, a citrus-flavored soft drink, has not been advertised in 17 years. Mutt’s first work is expected in March.

Mutt, which opened its doors on Feb. 14, also works for Paciugo, a Dallas-based gelato chain, and a local architect, Skylab.

“We started in the middle of this recession but there are still so many opportunities in this economic landscape,” said Luker. “Clients are really up for change: Look at Mello Yello taking a chance with a startup. We’re very optimistic.”

At Wieden, Luker worked on Nike in the U.S. and Latin America, Coca Cola, Starbucks and Target; McCommon was on Nike and Electronic Arts; and Cromer led strategy in new business efforts, helping the agency win the Coke, Diet Coke, Heineken and CareerBuilder accounts.

Before Wieden, Luker and McCommon worked together at Goodby, Silverstein & Partners, where they relaunched HP after its merger with Compaq. Prior to Goodby, the two teamed up at Hal Riney & Partners on clients like Discovery.com, HP, Sacramento Kings and Saturn.

As the Adweek scribe noted, “It could not be determined which other agencies participated in the pitch.” MultiCultClassics can’t help but wonder if any minority advertising agencies vied for the prize. Given Coca-Cola’s recent admission on the importance of multicultural audiences, you’d think a few Latino, Asian or Black firms would’ve at least received an invite to the pitch. Or maybe the minority shops are expected to play it like Tareq and Michaele Salahi, and simply crash the review.

The scenario also reflects a riddle in Hadji Williams’ post at The Big Tent entitled, “Why Can't Ethnic-Owned Shops Be Agencies of Record?” Williams wrote:

In this case, it only took three White ad pros to snag AOR status from Coca-Cola. And the soft drink company has yet to name the startup’s minority subcontractors.

“[The issue of diversity] continues to gnaw at me because, like it or not, in this business I essentially hire a bunch of White, middle-class kids, pay them enormous, enormous sums of money to do what? To create messages to the inner-city kids who create the culture the White kids are trying like hell to emulate. But if you go into the inner city, odds are these kids aren’t even going to see advertising as a possibility, as an opportunity for them. Now that’s fucked up.”

Perhaps Coca-Cola did indeed stage a showdown featuring a diverse range of competitors. If so, please disregard the above—although Coke might have benefitted from positive press by publicly announcing such a deed.

On the flip side, if Coca-Cola did not consider a minority shop to lead the account, it certainly takes the fizz out of the company’s alleged commitment to inclusiveness. 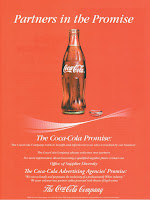 This is grimey & shady. Advertising agencies & clients will never give blacks or minority agencies a chance.